Oweri mine owners petition Ashanti Minister over invasion of mine 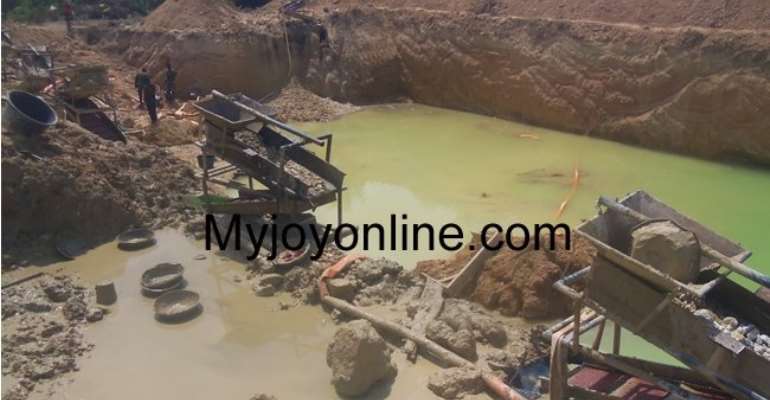 The management of Owere mines in Konongo in the Asante Akim North Municipality of the Ashanti region have petitioned the Ashanti Regional Security Council over threats to their mining concession.

Checks by Nhyira FM reveal more than 100 illegal miners have been working on the Owere concession posing a threat to lives of workers and the property of the company.

"We petitioned the Minister about the influx of illegal miners besieging the entire concession. This is a security threat and this is a big loss to the nation in terms of revenue generation.

"We therefore, in the petition, indicated that the Regional Minister should help us get rid of the illegal miners from the concession and to restore peace and order to allow the mining company to operate," he said.

David Nguettia, Security Manager of Owere Mines said the galamsey operators have been acting with impunity.

"Before we realised there were more than 100 people on the site plotting all the location plates.

"That is a complete invasion," he said, and accused the illegal miners of stealing properties owned by the mines.

The invasion comes at a time managers have secured a 20 million dollar facility to help change the fortunes of the Owere Mines.

But that huge investment could go waste as illegal miners seek to mine the deposits in the area.