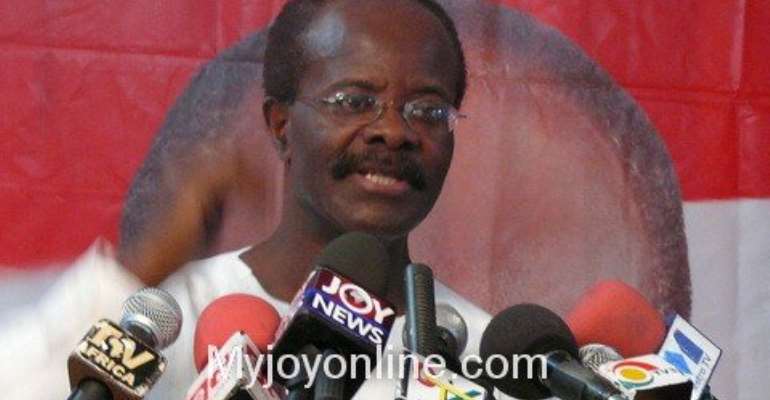 Founder of the Progressive People’s Party (PPP), Papa Kwesi Nduom is advising the youth not to allow themselves to be used as ‘objects’ of violence during election seasons.

Speaking to a section of students from Aggrey Memorial Senior High School in the Central Region, Dr. Nduom noted that the youth usually become victims of unscrupulous politicians who only use them to incite violence in the country during election seasons.

He condemned the practice and urged the youth to resist such temptations.

Dr. Nduom also bemoaned the act of preaching ‘Peace’ messages over the country only during election periods but added that ‘peace’ must be a part of our daily lives.

“There is going to be an election in 2016, but what makes me unhappy is that we always wait until the year of election and we start talking about Peace, we start telling people about their responsibilities making all kinds of promises as if it is only in election year that we must live according to the truth, according to the wishes of the people, it is almost as if it is election year that politicians remember that there are people in this country with needs”.

Dr. Nduom further urged the youth to make the right choice as the elections draw near, stressing that the choice we make would go a long way to affect each and every one of us.

“I want you to remember that the choices that we make in an election year is not just for one year, and is not just for two days, it is a choice that we make for four years, so we make those choices and we must be careful to choose good leaders who would take care of us every day, every week, every month until the time for election is due, not people who will wait till election year, then they will come and say, remember I am your MP, remember I am your President. All I am saying is when we make choices we must live with those choices”.

Dr Nduom charged all electorates to always hold their leaders accountable since they voted them into power.