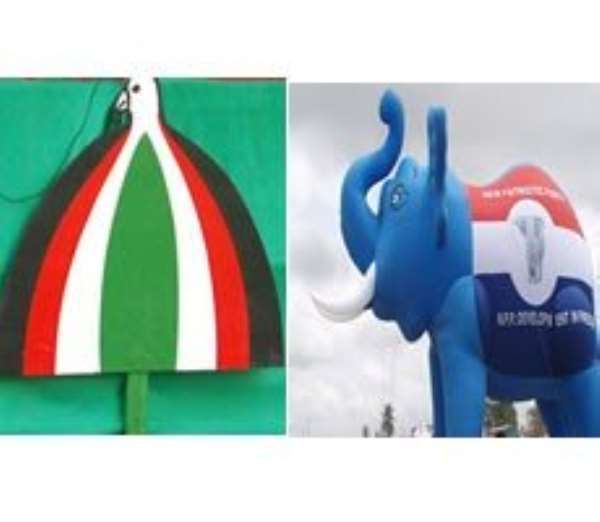 The Eastern Region branch of the New Patriotic Party has urged the National Democratic Congress to stop resorting to attacks and insults on chiefs and religious groupings that have criticised the ruling party or President John Mahama.

According to the NPP, the NDC’s reaction to Okyehene’s ban on two of the NDC's eastern regional executives undermines the country’s cultural values.

The NDC executives were banned from the Amoatia Ofori Panyin’s palace over claims they abused the paramount chief.

A statement signed by the Eastern Region Communications Director of the NPP, David Prah, also chided government officials for vilifying and attacking revered men of God including the head of the Presbyterian Church, Rt Rev. Professor Emmanuel Martey, the General overseer of ICGC among other clergymen.

The NPP in the statement advised the President and the NDC “to note that their current position in office as government requires them to recognize that traditional leaders and men of God, regardless of which religious practice, form a major part of our culture and influence the peace and stability we require at all times, particularly in this election year".

The New Patriotic Party- Eastern Region is appalled and disgusted by the constant attacks and insults of our Traditional Rulers and Religious Leaders by the government, officers and leadership of the National Democratic Congress.

We note with concern the continued and incessant and constant use of abusive insulting language by Mr Mahama and leading members of NDC on the people of this country. Specifically we are concerned about attacks on Traditional and Religious leaders and Authorities.

This behaviour gives the politics of Ghana a bad name and image. This behaviour by Mr Mahama as the sitting president of our dear nation and as leader of the NDC, undermines our cultural value systems as nation. He and the NDC Leadership only provide fodder for irresponsible and disrespectful behaviour for our youth in particular, for which the NPP is very concerned.

Our list, which is by nommeams exhausted here, includes:

2) The Chairman and Youth Organizer had rained insults on the Eastern Regional House of Chiefs and their President, the Okyenhene, when Osagyefuo led Nananom and Nenemei in 2015 to highlight the poor conditions of roads in the region. The roads have since then till date continued to cause environment, tourism, health education and economic problems for men, women, children and businesses.

3) The two NDC regional executives refused to apologize and show remorse when it was brought to their attention. Mr Mahama and the leadership of the NDC closed their eyes and ears to this sad circumstance.

4) The Regional Minister Madam Mavis Frimpong has failed to separate the party politics from the region's interests and has since chosen not to pay the official visit to the Okyenhene as planned. We ask; is this action by the Minister an endorsement of the disrespectful action of these officials? Is she in the region to serve the region's interests or party interests? We are not surprised at her handling of this issue in a divisive manner.

5) Mr Mahama, on a visit to Kyebi in 2013, disrespectfully described Kyebi as the "headquarters of galamsay" virtually insulting the Nananom and people of the Akyem Abuakwa. Till date he has failed to show remorse or recognize the depth of this disrespect.

6) Just a few days ago Koku Ayidoho, NDC Deputy General Secretary, Kwadwo Twum Boafo, Head of our state-owned Free Zones Board, Sam George, a beneficiary of our taxes as a purported state employee at the Presidency and Communications Minister Dr Omane Boamah were on air running down the Most Rev. Prof. Emmanuel Martey, the Moderator of the Presbyterian Church of Ghana and a reverred man of God. They continue to hold public offices for which they get paid by the taxes of the Ghanaians they insult and there has been no reprimand by Mr Mahama to set an example.

8) It is important to mention the 2012 debacle during the electioneering campaign of Mr. Mahama. He, in his desperation to win power, created a damaging image for Nananom when he gave some section of Nananom vehicles. This was done in a manner targeted and timed to create the impression that they, the Mahama-led NDC government, were the benefactors when it was state funds used to procure them. This in turn made Nananom and our chieftaincy institution look very bad in the eyes of the public.

9) In a similar manner these NDC apparatchiks have attacked and insulted the personalities of Pastor Dr Mensah Otabil, General Overseer of the International Central Gospel Church, Most Rev. Awotwi, Presiding Bishop of the Methodist Church in Obuasi, and Rev. Owusu Bempah. These are just a handful of the many respectable men of God in the country who over the two terms of the NDC have all been chastised and verbally assaulted and disrespected in the name of politics. This has been under the nose and in the full view of the leader of the NDC, Mr. Mahama while he has been president. He has watched with little regard for the damage he and his party leadership do to our culture of respect for our elders and the need to set the tone of responsibility for the young.

In fact, NDC apparatchiks led by and appear to be endorsed by Mr John Mahama, have the penchant of insulting Traditional Leaders and men of God as well as other leaders who share their thoughts and opinions that critisize government for its poor leadership and the suffering it has imposed on Ghanaians.

We of the NPP ER wish to passionately advice Mr Mahama and his NDC officers to note that their current position in office as government requires them to recognize that traditional leaders and men of God, regardless of which religious practise, form a major part of our culture and influence the peace and stability we require at all times, particularly in this election year. They must be given respect. The NDC Leadership must show remorse when they wrong Ghanaians. Their failure to do so shows their arrogance, obnoxiousness and offer evidence of a total disregard for the fabric of our culture and it's progress to be a paramount concern in governance.

By this release we also call on ALL Ghanaians to condemn the politics of insults. We want the media in particular to set the standard as it has a wide reach and influence.

It must not be that this style of the NDC leadership should be considered to be the right way to manage Ghana in government or do politics. Our traditional leaders and our religious guardians must be held in high esteem as standard bearers of order respect. Politicians come and go but it is our traditional and religious systems that have kept us together as a people and must therefore be respected.

We in the NPP abhor the politics of insults and denigration. Mr Mahama and his NDC Officials must know that they must leave office in peace and tranquillity without destroying our culture, especially in this election year.