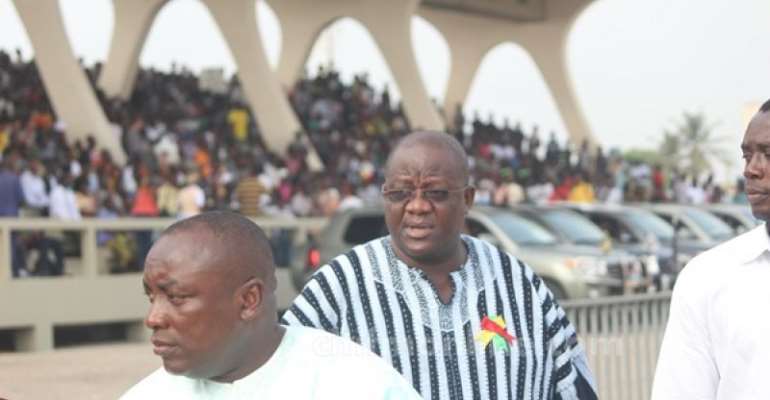 A section of the media is reporting that the Danquah-Busia-Dombo tradition has initiated moves to drop sanctions against the duo after the National Executive Council penalized them following a disciplinary hearing.

The two were accused of working against the fortunes of the largest opposition party hence their suspension which is currently being contested in court.

The communications director of the NPP, Nana Akomea, has denied plans to bring the duo back, saying the reports are “mere speculation.”

Below is the full statement:
6TH April, 2016
Press Release
NPP HAS NOT CONSIDERED THE REINSTATEMENT OF PAUL AFOKO AND KWABENA AGYEPONG

The attention of the New Patriotic Party (NPP) has been drawn to stories on one or two social media portals that the party intends to reinstate Mr. Paul Afoko and Mr. Kwabena Agyepong.

At the last Steering and National Executive Committee meetings, this issue did not come up at all for any discussion, much less a decision.

Any such report on this matter is mere speculation.