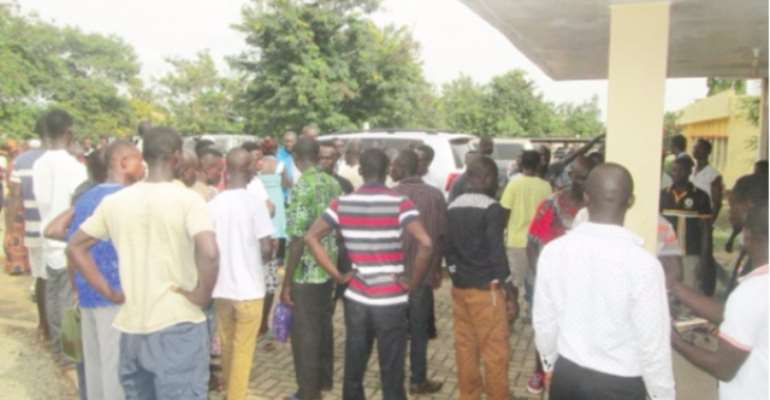 The Asikuma-Odoben-Brakwa (AOB) Assembly has failed to confirm the President’s nominee, Mr. Albert Kwesi Inkoom, for the position of District Chief Executive (DCE).

Out of the 46 valid votes casts, 25 went in his favour, while 21 were against him. The election was conducted by officials of the Electoral Commission, (EC) led by Mr. Joseph Appiah Adjei, the District Director, at a special meeting held at Breman Asikuma.

The Election was supervised by Mr. Kweku Ricketts-Hagan, the Central Regional Minister, and observed by some government officials and traditional rulers, led by Nana Okro Yaw Abonyin IV, the Adontenhene of Breman Traditional Area, and some supporters of the nominee.

Consequently, he said, another election had to be conducted within 10 days to determine his fate.

Mr. Ricketts-Hagan, who is also the Acting DCE for the area, before the election, appealed to the House to put the development of the District above their personal, political and ethnic interest, to confirm the nominee so that they would forge ahead to develop the area.

Mr. Ishaque K. Anakwa, the Presiding Member of the Assembly, in his welcome address, said the confirmation of the President’s nominee must be viewed as a vote for development.

Later in an interview some of the supporters of Mr. Inkoom said though they were disappointed, they had not lost hope because he would be eventually endorsed.