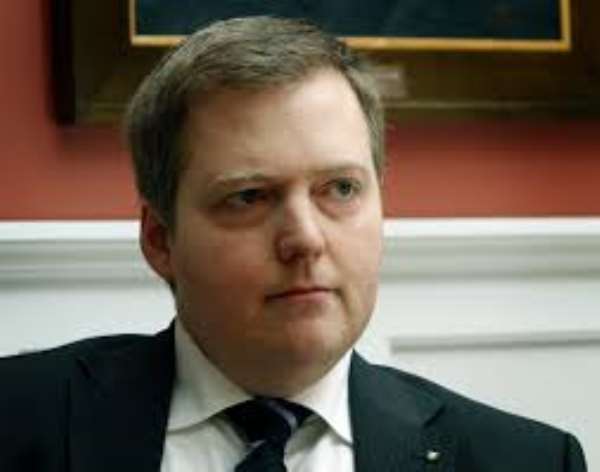 REYKJAVIK, Iceland, ACCRA, April 6 - (UPI/GNA) - Iceland's Prime Minister resigned Tuesday in response to public outcry after his name was included in the release of the so-called Panama Papers.

Gunnlaugsson was found to have been the owner of an offshore company, Wintris, which was kept secret from the public. He acquired the company in 2009, with the premier selling 50 percent of the company to his wife, Anna Sigurlang Palsdottir, eight months later, BBC reported.

Records from the leak also show that Wintris held significant interest in the bonds of three major national banks which collapsed during the global financial crisis sparked in 2008. Protesters said Gunnlaugsson's private business dealings present a conflict of interest in terms of his public service.

No laws were broken in the exchange, Gunnlaugsson has asserted, although as a public figure, he failed to mention his wife's interest in the company.

The premier said Tuesday he planned to dissolve Parliament and begin the process of electing new officials -- a plan the Independence Party, his party's coalition partner, did not support.

Thousands of Icelanders protested in front of the country's Parliament building starting Monday and more demonstrations were planned in response to the leak.

Previously classified information from what is now being referred to as the Panama Papers stemmed from a massive data leak from the Panama-based law firm Mossack Fonseca, which specializes in establishing offshore accounts.

Ukrainian President Petro Poroshenko, family members of Chinese President Xi Jinping, a key member of the scandal-ridden soccer organizing body FIFA, associates of Russian President Vladimir Putin and at least 33 people blacklisted by the U.S. government for offenses including drug dealing and doing business with terrorist groups, are reportedly on the list.