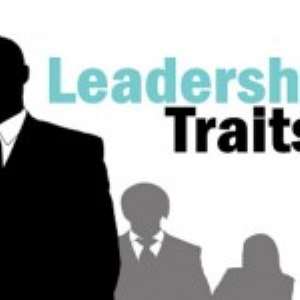 … but truly as the Lord liveth, and as thy soul liveth, there is but a step between me and death.

1 Samuel 20:3
King David was a good leader. He believed in God and even wrote the wonderful promise of Scripture, “With long life will I satisfy him and show him my salvation” (Psalm 91:16). Even though David believed that God would satisfy him with long life, he also knew that there was just a step between him and death.

A leader can receive a phone call with the devastating news of the death of a loved one. All these are part of the wars leaders are called to fight in. If you read the story of the life of Adoniram Judson, the missionary to Burma, you will gasp at the tragedies that he experienced. He recorded death upon death of his children, his wives and his friends. He was a great man of faith. He was a good leader. What are your plans in the event of death?

What are your plans for and in the event of someone else's death? Most people do not like to think about the possibility of their deaths. People are superstitious and do not even like the mention of the subject. But a good leader knows that death is part of life. A good leader knows that he can die and others can also die.

“To the Strongest!”
.
A leader must have people who can take his place. There are many large churches today that have one great pastor who has ministered successfully and powerfully for many years. If that pastor were to die, the church would be plunged into confusion. No one else would be able to step up into that great pastor's shoes. A good leader thinks about bearing fruit that abides. What is coming after you? Who will be able to do what you are doing as well as you are doing it now? Are you going to leave your ministry to the strongest, loudest and boldest associate?

When Alexander the great died, one party said he had passed his signet ring to Perdiccas, his bodyguard, thereby nominating him. Another group felt that as his wife Roxanne was pregnant they should wait to see if his child would be a boy or a girl. This child turned out to be a boy, Alexander IV. A third party also supported Alexander's half brother called Philip Arrhidaeus. In the end, Alexander IV, the baby, and Philip Arrhidaeus were appointed as joint kings.

However, confusion soon broke out and forty years of war between these different successors ensued. In the process, the three possible successors Perdiccas, Philip Arrhidaeus and Alexander IV were all murdered. In the end, Alexander the Great's kingdom was divided into four blocks and ruled by four of Alexander's generals. As you can see, it is not such a good idea to leave everything “to the strongest”.

Do you not want your ministry to grow from strength to strength even when you are gone? Then do not leave all you have achieved “to the strongest”. Make a will and make things clear. God will anoint the person you choose so that your ministry will carry on long after you are gone. Remember, though good leader knows that death can happen, he does not throw himself at death!