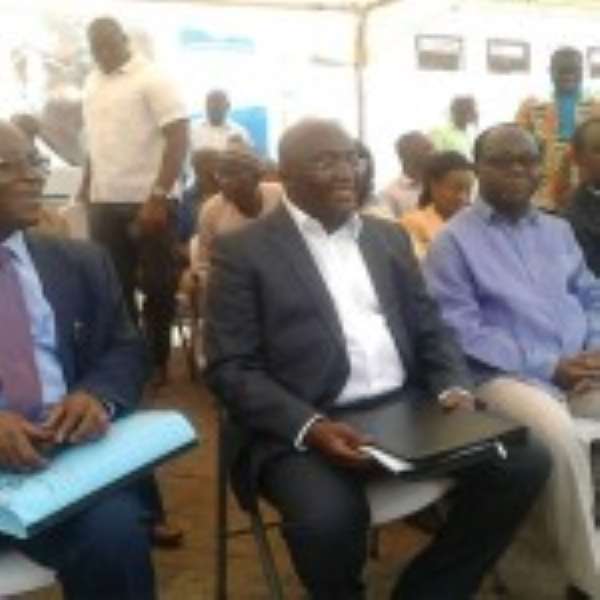 It is no longer funny but worrying the glaring directive from the educational authorities to deny Dr Mahamudu Bawumia access to institutions of higher learning.

Such fear of one man and what he can do in terms of explaining clearly what is wrong with our economy and the shortcomings of governance to students should not amaze us.

Those at the helm would rather half-baked graduates are churned out from such schools as a way of denying them the ability to dissect government-propelled propaganda for veracity.

Tertiary institutions should not be turned into appendages of ruling parties because after all, this is not Pyongyang. They should, as it is standard practice in civilised societies, be places where students are imbibed with analytical and critical thinking skills and above all, exposed to all shades of political ideology. How can students in tertiary institutions develop academically when government prevents them from meeting politicians on the other side of the divide? It is sickening in this day and age.

Tolerance and accommodation in politics are important prerequisites if we are to move forward in our practice of democracy. Little wonder cynics think we have retrogressed democratically.

Parties in power should do unto other political groupings what they wish done to them when they leave office and vice versa. Unfortunately, a certain level of apprehension appears to be disturbing the ruling party as its leadership engages in weird actions, most of which are not in consonance with political civility.

.
The latest in a series of acts of Bawumiaphobia by the authorities is what took place at the University of Mines and Technology (UMaT) in Tarkwa. Here information available to us, and as contained in one of the stories elsewhere in this edition, indicates that Dr Bawumia, the running mate to the flagbearer of the New Patriotic Party (NPP), was stopped from engaging in a political activity on the campus as though Ghana is practising a one-party democracy.

Whoever is responsible for issuing this inappropriate directive should be ashamed of themselves. Such persons, consumed by the fear of an innocuous personality like Dr Bawumia who only points out the instances of incompetence on the part of those at the helm and proffers alternative approaches, have exhibited their readiness to go to any length to oppress and suppress their political colleagues.

In a multiparty democracy, traits of one-party system must not be countenanced under any circumstance. Only a government which has failed to live up to expectation will engage in such politically puerile actions.

Dr Bawumia should count himself lucky that he is being subjected to such acts by a government which is just groping in the dark.

They only add to his stature in Ghanaian politics and expose their deviousness as the ordinary man in the street feels the pain exacted by an ailing economy.

Machiavellian tactics do not belong here and would not be tolerated under any circumstance. With no condition being permanent, only time will tell when the tables will turn and another crop of Ghanaians take over the reins of governance. Only then will Ghanaians and the students see the difference between visionary leaders and those who are not.