Pakistanis Are My Guests – Chief Imam 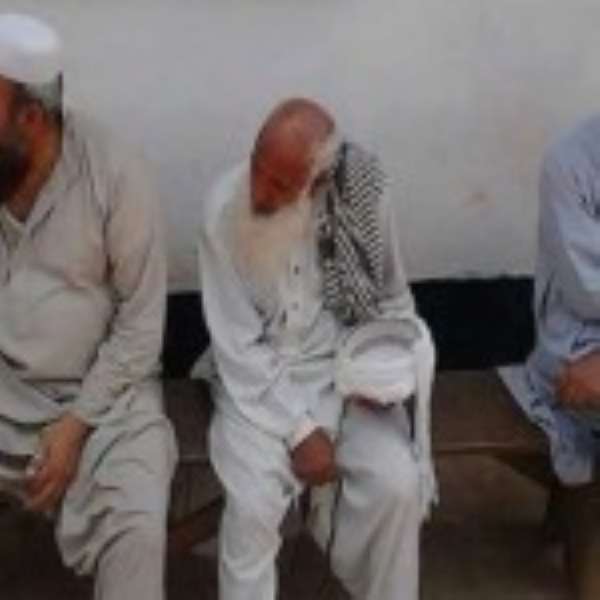 An administrator in the Office of the National Chief Imam, Alhaji Adam Musah Abubakar, has contradicted the position of the cleric's spokesperson that the seven Pakistanis who made the headlines last week are his (Imam's) guests.

According to him, the seven, in line with an existing practice dating two decades or so, come to the country each year to undertake missionary activities.

“They come under the umbrella of an organization Tabliqh Jamma, their visa requests always forwarded to the Office of the National Chief Imam for further processing. This has been the practice,” he said.

Continuing, he said, “Each time they are in the country we accommodate them at the Abossey Okai Central Mosque.”

The Islamic organization managing them – the Tabliqh Jamma – which office is at Zongo Junction in Accra, has now put up a lodging facility for them, he said.

The late Alhaji Kojo Mahama, who headed the organization, started the accommodation but his children completed it after his death, Alhaji Adam Musah Abubakar added.

On how he heard the challenges surrounding the seven Pakistanis, he claimed, “I was returning to Accra from a programme in Cape Coast when word reached me that some personnel of the Ghana Immigration Service wanted to see me. Upon arrival I hosted them at the Abossey Okai Central Mosque which also houses the Office of the National Chief Imam. The Pakistanis, who they say were being brought down to Accra, were eventually handed over to me.”

The GIS personnel, he went on, advised that it would be preferable to get the Pakistanis to return to their country, given the brouhaha their matter had generated.

.
It would be recalled that following their arrests and the matters arising thereof, the Spokesperson of the National Chief Imam, Sheikh Armeyaw Shuaib, denied that the Pakistanis were guests of the cleric. He even demanded an apology from the DAILY GUIDE for stating that they were the cleric's guests.

In a press release dated 3rd April, 2016, the administrator stated that “the Muslim missionaries were invited by the Office of the National Chief Imam to engage in interactions with the Muslim community in Ghana for the purpose of Islamic propagation and revival.

The missionaries arrived on February 22 on valid visas, he said, pointing out that they were cleared by the Pakistani National Security, the Bureau of National Investigations (BNI) and the GIS as they pose no security threat to the state.

In every location that they visited he said “they reported to the police. At Assin Praso on 20 March, 2016 the policeman on duty was PW Constable Assibi Pii. At Assin Fosu the police were alerted about their presence and they were arrested.”

The administrator explained further that in some places they even called on the traditional authorities and received plaudits for their good works.

Muslim missionaries have been associated with Ghana for the past 90 years, he claimed and have never posed any security threat to the country.

The case of the Pakistanis comes at the backdrop of the recent arrest and subsequent deportation of three ex-South African police officers for allegedly giving illegal training to the security detail of the flagbearer of the New Patriotic Party (NPP).

The impetus this provided for the Pakistanis propelled it to the front burners and with the National Chief Imam denial of the seven, it received another jolt.