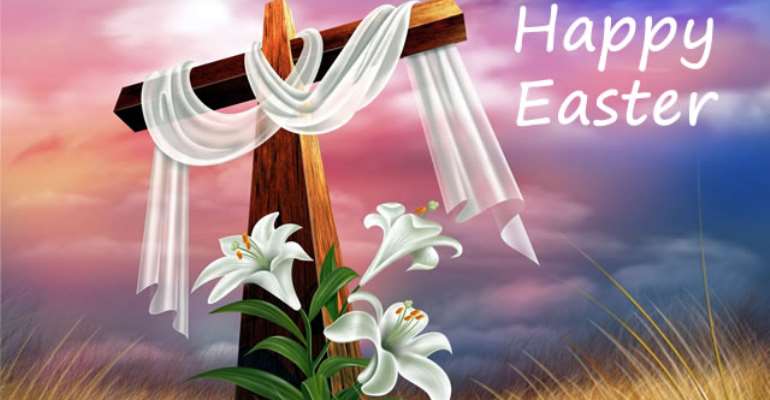 Close to the end of his life on Earth, long after YahuKhanan Ben ZekharYahu had revealed to the children of Yisroel that he would die as HaSeh HaElohiym (the Lamb of Elohiym) for Khag Pesach (feast of Passover?) in his last year on Earth—cf. YahuKhanan (John?) 1:35-36—and at a time when almost all of Yisroel was still unsure and confused about his person, ignorant of his origin and mission to Yisroel, he had to somehow make one last statement to prove to them that he is indeed HaBen HaElohiym, their expected Redeemer whose identity and coming was foretold to them by all their neviim of the past by their nevuah, which were even recorded on scrolls of ancient parchment and read out to them every Shabbat day of the week in their shul (synagogue?) and Beit HaMikdash (Temple?).

This last statement was meant to convince all mankind about his claims of being HaNavi, the last of all messengers from Elohiym. This statement can be found in the Ivrit (Hebrew tongue) Word of Elohiym in MattitYahu (Matthew?) 12:39-40 and YahuKhanan (John?) 2:18-21.

The meanings of these two statements are the same; may readers of this article read and meditate on them to agree with me. What they mean is that, he, their genuine and true Savior sent to them from Elohiym, would die a sacrificial death, be buried in the Earth and then resurrect on the third day of his burial; and that this resurrection was to be the concrete proof of he being a messenger from Elohiym, so that if anyone did not believe in him while he was yet alive and so could not accept his Torah, then, the one could believe in him, posthumously, by this proof in his resurrection so the one may enter the salvation he brought to Earth from Elohiym!!

So then, since this promised resurrection would be the undisputable proof that he was indeed the Savior sent from Elohiym to save mankind from sin, everything about this resurrection had to be simply very fool-proof and, thus, indicative of everything with the handiwork of Elohiym in it!

Sadly, the resurrection account about the Savior that is being bundied around by Christian clergymen does not resemble anything that has the involvement of Elohiym in it! For, according to Christian clergymen, Yahushua HaBen HaElohiym, the True Savior, was sacrificed on a Friday and laid to rest in a tomb at the sunset hour (6.00 pm) of this same Friday; and that his resurrection occurred at the dawn of the immediate Sunday following this Friday burial!! This is what all Christian clergymen deem right to teach, and have so taught for close to two millennia after this resurrection!

Well, this is what Easter Sunday is all about: The commemoration of a so-called resurrection that occurred after the dead Savior had spent only one Friday evening to the next Sunday dawn in a tomb!

And to observe that this illegal celebration of Easter by Christians with such a wrong belief has been going on zealously and faithfully annually, by an ignorant people, since the advent of Christianity in ca. 320 CE (Common Era), without anyone raising a finger of objection to an obvious impossibility of having between Friday evening and Sunday dawn the “three days and three nights” which the holy Word of Elohiym said would be the fool-proof evidence of Yahushua being a messenger from Elohiym, is simply sickening and shocking!

For, no being—not even Elohiym or HaBen, a malak (angel) or human—can correctly count “three days and three nights” between a Friday evening and the following Sunday dawn! And yet, this impossibility of having a correct count of “three days and three nights” from Friday evening to Sunday dawn is what fuels and stirs Christians in their unholy celebration of Easter, year by year; unholy because this celebration is without the wisdom of Elohiym, not to even talk about the fact that it is without His mandate for its celebration and is obviously not one of His Khagim (feasts) instructed for celebration at scheduled days and times by His children—cf. Vayikra (Leviticus) 23:1-44!!

If the burial of the Savior ever took place at the sunset hour of a Friday, then by the morning hour of 6:00 am of the Sunday following this Friday, any being would only be able to count a maximum of thirty-six hours, not to even talk about the fact that Christian clergymen have all this while preached that the resurrection of the Savior took place at dawn, that is, a couple of hours or so before the first hour of 6:00 am of the morning!!

What all this means is that Yahushua spent only a half of the seventy-two hours of the full “three days and three nights” he was mandated to spend in the tomb, at the end of which he was to resurrect as the fool-proof evidence of being HaBen Elohiym and the messenger sent by Elohiym to save mankind from sin.

So then, it is either that Yahushua failed to establish proof as HaNavi if he resurrected half-way to the scheduled time, or that this Sunday resurrection teaching of Christian clergymen is a planned deception by the enemy of mankind and Elohiym to get mankind to believe in a falsehood that would only bring them to doom, and so must be critically re-examined!!

Either way, it is mankind who would be the looser, and Lucifer the winner! For, Lucifer would never have failed to trumpet it all over Earth that Yahushua failed to resurrect at his own “three days and three nights” scheduled time and so must never be believed by anyone to be a messenger of Elohiym and worthy or capable of giving salvation to sinners; just so he [Lucifer] would continue to hold all sinners in his bondage!

On the other hand, if Yahushua did indeed resurrect according to the “three days and three nights”—the scheduled time determined and kept by the perfect clock of the Great Timekeeper whose responsibility it was to raise HaBen back to life at His own appointed time—and yet, mankind has all along been tricked by Lucifer to believe in a wrong time, and to even celebrate this wrong time in relish and in zeal, year by year, then mankind would still be the looser; for, no man benefits from his own ignorance of the truth or if he believes falsehood peddled by someone else, since it is only Lucifer who benefits from mankind’s ignorance and belief of falsehood!!

Besides the obvious evil in believing that Yahushua resurrected on Sunday dawn after being buried in the evening of a previous Friday, let me point out two more fallacies of this Friday-burial to Sunday-resurrection drama of Christian clergymen!

You see, if Yahushua was laid to rest in a tomb as at 6:00 pm on any particular day, which indeed is obviously the hour of Yahushua’s burial which we know to have transpired from the Word of Elohiym, he would of necessity also have to resurrect upon the third day of his burial at a time that must coincide with the 6:00 pm hour at which he was buried; and not at dawn!

This is the simplest common sense every High School student anywhere can grasp!! And so, for Christian clergymen to propagate a morning or dawn resurrection is just too puerile, to say the least. Or, have they been under some evil spell cast upon them by Lucifer for all these years that they have preached this error?? If yes, I pray they come out of it now.

The other fallacy is that the resurrection is deemed to have taken place on the First Day of the Week (Sunday?). But no, this never was; for it would be impossible for Yahushua to still be kept in the tomb, still working to bring his mission to Earth to an end for sinners to enter salvation—and for his Abba too to be still standing sentry beside the body of HaBen, patiently waiting to execute His task of raising him back to life—while the Seventh Day Shabbat (Saturday) was running, contrary to their own Torah that all must rest from all their work every Seventh Day of the Week Shabbat or face death by stoning; cf. Bamidbar (Numbers) 15:32-36.

As sure as the sun rises from the East and sets in the West, the resurrection of Yahushua occurred at the 6:00 pm that commenced the Seventh Day of the Week Shabbat! But of course, throughout this Shabbat day that commenced at a sunset hour and ended at the next sunset hour,—should anyone even have had the desire to go and check on the Savior in his tomb, it would have been impossible for the one to do so—because no one was permitted to go out of the Gates of YahuSalem into the countryside as a result of the anti-work Shabbat Torah! Therefore, no one could get to know that the tomb in which Yahushua was laid had even been vacated, ever since the sunset hour that commenced this Seventh Day of the Week Shabbat!

Please read the Part 3 Of 4 of this article which is soon to be published in this same column. Shalom aleikhem.