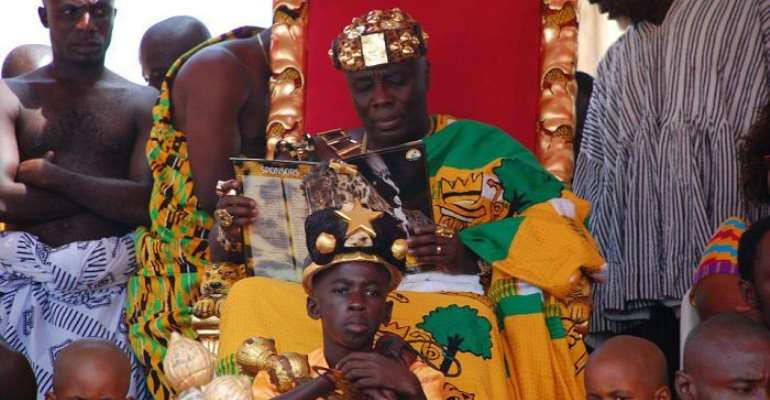 Youth of Akyem Abuakwa Traditional Area are calling on their Traditional Council to ban the entire NDC Executives in the Eastern Region from entering the Ofori Panin Fie for their continue disrespect and attack on the Okyenhene and Okyeman.

According to the youth the decision by the Chiefs to ban just the NDC Chairman and Youth Organizer Tawiah Boateng and Appau Haruna, respectively, for insulting the Okyenhene has not deterred them from attacking him.

The youth are angered by a statement issued by the Eastern Regional Secretary of the NDC Mark Oliver Kevor describing the Okyenhene as being “partisan and discriminating” against them.

Spokesperson of the youth, Kofi Gyimah Amoako, believes the continued attack by the NDC is a well calculated attempt by the NDC to rundown the Okyenhene but they will resist any attack on their overlord.

“We therefore call on the Akyem Abuakwa Traditional Council to ban the entire NDC Executives in the Eastern Region from entering the Ofori Panin Fie at Kyebi.”