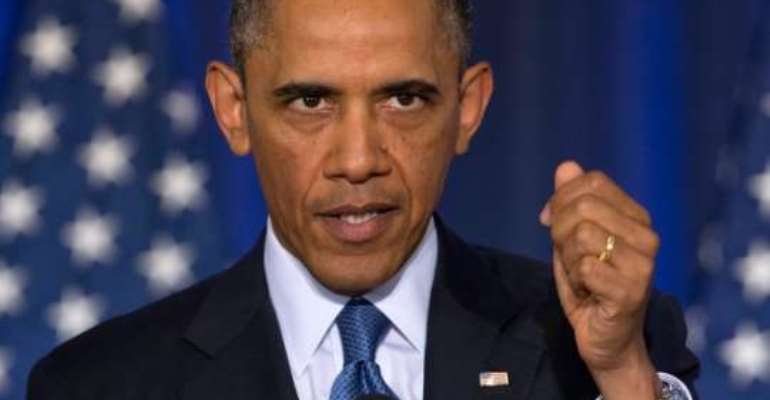 WASHINGTON, ACCRA, March 31 - (UPI/GNA) - The White House announced Wednesday that President Barack Obama has commuted more prison sentences in the United States than the past six presidents did, combined -- due to what it called outdated or unjustly harsh sentences imposed by criminal courts.

Obama granted commuted sentences to 61 additional prisoners on Wednesday, bringing his total so far to 248, the White House said. More than a third of those cases, 92, involved life sentences.

"The power to grant pardons and commutations ... embodies the basic belief in our democracy that people deserve a second chance after having made a mistake in their lives that led to a conviction under our laws," Obama wrote in a letter to those who received clemency Wednesday.

The president met with several past commutation recipients at the White House on Wednesday -- before taking them to lunch at a Washington, D.C., restaurant -- and said the former inmates are personifications of what people can do with a second chance. The ex-prisoners also spoke of their personal trials and re-entry into society.

Thursday afternoon, the White House will host an event titled "Life After Clemency" to address the issue with advocates and administration officials and expand on Obama's clemency initiatives.

"Throughout the remainder of his time in office, the President is committed to continuing to issue more grants of clemency as well as to strengthening rehabilitation programs," Neil Eggleston, counsel to the president, wrote on the White House website.

"Fortunately, we are at a unique moment in history where such reform is possible. For the first time in a quarter century, Americans across the board acknowledge that the criminal justice system is broken and needs to change."