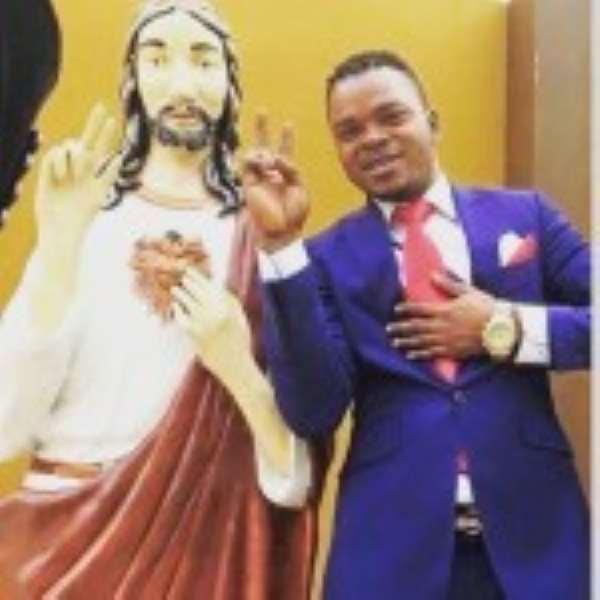 I’ve read the news about the shutdown of Obinim’s TV channel and four others by the NCA on the reason that the channels operated without licence. Some questions crop up about for instance, the timing and circumstances surrounding the action. At what point did the NCA uncover the illegality of their operations; and what would have been the counterfactual barren the recent Obinim public debacle?

Well, considering how important a functional legislative and institutional framework is to development, one could argue, law is law irrespective of the timing and circumstance. Even with that, the legal minds will tell you about the crucial role the two variables – time and circumstance – and others play in unravelling intents behind actions.

For me, there are other issues that ought to be critically delved into. Here we are with an efficiently inefficient State which aside being riddled with particularly alarming unemployment rate, is more disappointingly, clueless about job creation. In the absence of viable business enabling policies and programmes, the private sector knowing its fate lies in its hands, acts. In the process, profit is made but more importantly, jobs are created and scores of Ghanaians gain access to somewhat regular source of income not only for themselves but their dependants, some of whom are in various stages of the formal educational system.

What does our inefficient State do? Does it recognise and consolidate the efforts of the private sector but for whose actions would have left far greater number of Ghanaians unemployed and worsen socio-economic problems? Well, to our utter dismay, the State comes in again, works so hard and this time around completely quells the efforts of the private sector under the disguise of preserving some illusionary latent standards which its own actions contradict. Yes, that’s how appalling the State could be.

This is what I see in the case of the NCA shutting down the TV channels where there are a lot of unanswered questions such as: “what are the cost the benefits (direct and indirect) of the shutting down,” “what other possible actions could have been taken,” “how does the cost and benefit of the shutting down compare with those of the other options,” “what measures have been drawn to internalize the cost,” and “what role does the shutting down play in the pursuit of national socio-economic development in both short and long term?” Perhaps, the questions have not been asked in the first place but of course you wouldn’t expect these to be asked before they are answered, would you?

Then I heard the argument about injecting sanity into the system and I wonder what that means though, whether it is people losing their only source of income or children dropping out of school. In any case, standards can still be maintained without necessarily shutting down the channels. I cannot help but see a State that is increasingly going for the laziest approach which ends up being counterproductive. Ironically, the politicians who are charged with the running of the State keep trumpeting about expanding the tax net in financing infrastructure delivery. Juxtapose that with the shutting down of the channels and what else do you find aside blatant contradiction. Get more revenue by collapsing businesses? Really? Well, tell that to the marines if I may borrow the words of Abdul Malik Kweku Baako. Such lethargic decisions by its institutions have always been the nemesis of the State.

Is it always the fault of the private sector? Has the NCA taken time to examine contemporary friendliness of the registration and licensing processes? Perhaps, if the latter question was to be addressed, the NCA would realize how bureaucratic and suffocating the licensing processes are. In a constantly evolving and dynamic world where the efficacy of laws and processes also evolves with time, it is incumbent upon the State to be proactive. States that are unable to adapt the evolution and devise innovative ways of rather reaching out to private enterprises fizzle out in the global economic competition. Unfortunately, it is the masses, many of whom are extricated from such top level decisions, who suffer. The State should rather be quick to enable and slow to destroy.

Before I’m boxed into his camp let me state without equivocation that I’m NO follower, client or whatsoever of Obinim. The shutting down of his TV channel and four others is just a one more manifestation of an efficiently inefficient State bereft of innovative ideas.