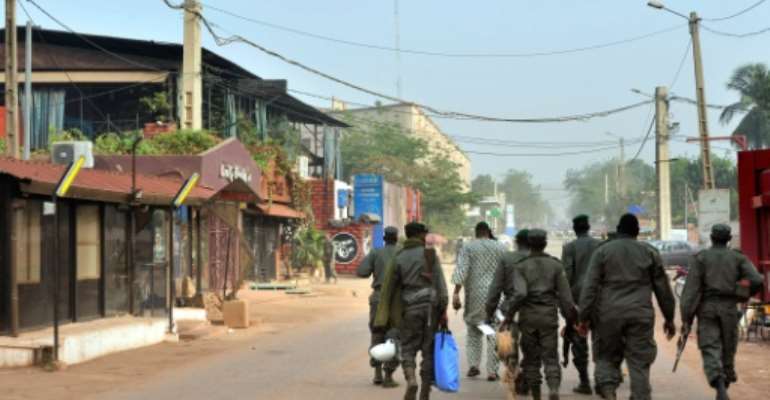 Members of Malian security walk past La Terrasse restaurant, on the left with the blue curtains, in the capital Bamako on March 7, 2015. By Habibou Kouyate (AFP/File)

"Souleymane Keita, the top jihadist leader in the south of the country, was arrested a few days ago on the Mauritanian border, and transferred to Bamako on Wednesday," a security source said.

Another security source said the arrest, near the town of Sokolo, was made possible in part by the capture of one of his allies a few months ago in the centre of the country.