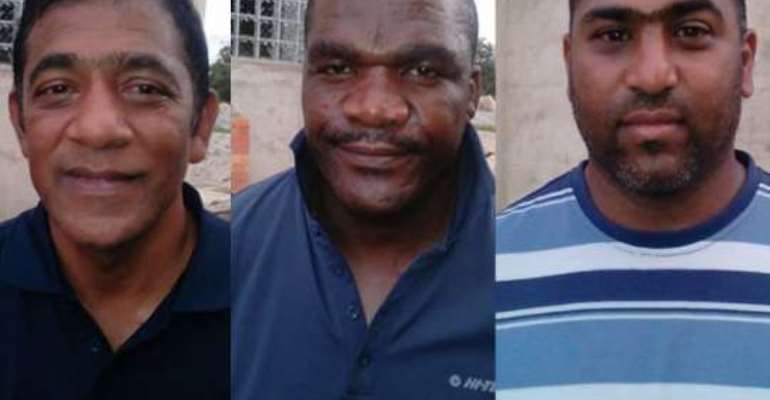 The Progressive People's Party finds it extremely appalling the ordeal the three South African Nationals were made to go through in the past week. It is unfortunate that a country whose democratic credentials is hailed by the world as the leader of African democracy will flout Court orders with impunity and Ministers of State will openly defend such illegality. This incident will be captured in history as one of Ghana's lowers ebb and remains one of the black spots on President John Dramani Mahama aside His #incompetence#.

Related to this incident is the statement by the Interior Minister that the STL was contracted by the Electoral Commission to transmit the 2012 elections results. First of all, we want the EC to come out publicly to set the records straight that it indeed engaged the services of the STL to transmit results on its behalf. This is because, the EC had publicly denied the fact that STL was contracted to tally the results of 2012 elections. The continued silence on the part of the EC on this revelation will mean that the EC, led by Dr. Afari Gyan, International Observers led by President Obasanjo and the NDC led by John Mahama perpetrated a fraudulent explanation on us all when it was alleged that the STL was engaged in the transmission of results in the run up to the declaration of results in the 2012 elections.

This clarification by the EC will have direct effect on our elections come November 7, when we go to the polls once again. The Progressive People's Party demand immediate clarification on this matter in order to salvage the credibility or sanctity of the 2016 elections.

We further call for the immediate resignation of the Minister of Interior and the Minister of Communications and his deputy for the spread of palpable falsehood laced with agitprop with the intention to deceive the people of Ghana. Moreover, the BNI officials must be sacked or made to face the full rigours of the law. Our Ministers and other Government officials must learn to act responsibly and be responsible for their actions. No man is above the law especially when you are paid with the public purse.

Which government in its own right senses will deport suspected “terrorists” or “mercenaries” without going through due process? The character of the NDC in 2000, the character of NPP in 2008 is evidently manifested in the character of NDC in 2016; intimidation and harassment, lies and malice, deceit and subterfuge, dictatorial tendencies and abuse of incumbency. This strategy has been adopted in the past to cajole Ghanaians to vote in certain way but the perpetrators are oblivious to the fact that it has not been an effective tool for electoral victory.

The economy is sick, unemployment is on the increase and there is hopelessness in this government. These will be the basis of people’s choices and votes and not an artificial state of insecurity. The NDC must know better and fix the economy before they are booted out on November, 7th 2016.