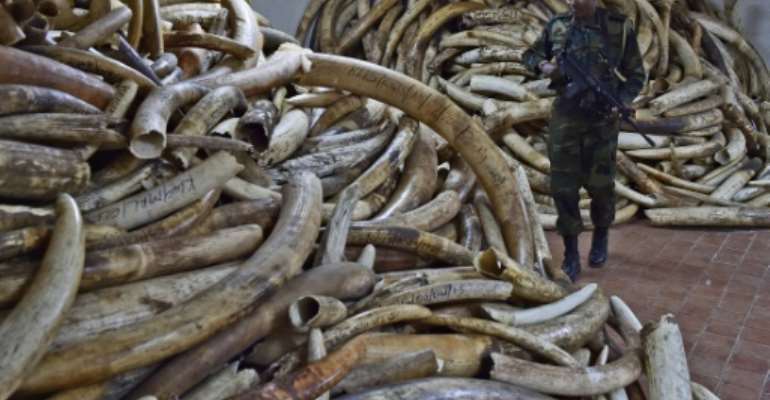 Nairobi (AFP) - Kenya on Wednesday launched a three-week amnesty to hand in ivory and rhino horn ahead of the world's biggest burning of ivory next month.

The mass burning, the vast majority of its ivory and rhino horn stockpile, will amount to some 105 tonnes of ivory, seven times the size of any ivory stockpile destroyed so far, as well as 1.35 tonnes of rhino horn.

"Anybody holding any ivory, rhino horns or any other wildlife trophies or jewelry or trinkets made from these materials should surrender them," environment minister Judi Wakhungu told reporters, as preparations for the giant burning ceremony were launched in Nairobi national park.

"Those who take advantage of this amnesty will not be punished."

The highly publicised display on April 30 will be led by Kenyan President Uhuru Kenyatta and attended by a gaggle of celebrities, conservationists and heads of state.

Kenyatta set fire in March 2015 to a giant pile of 15 tonnes of elephant ivory, which conservationists said then was the largest ever burned in Africa.

At the time, the pile of tusks formed a dramatic three-metre (10-foot) tall pyre, which burned for several days until the ivory was reduced to ash.

"The poaching of elephants and rhinos and illegal wildlife trade is a major problem across much of Africa, it threatens the very survival of these iconic species," Wakhungu said.

"Poaching is facilitated by international criminal syndicates and fuels corruption."