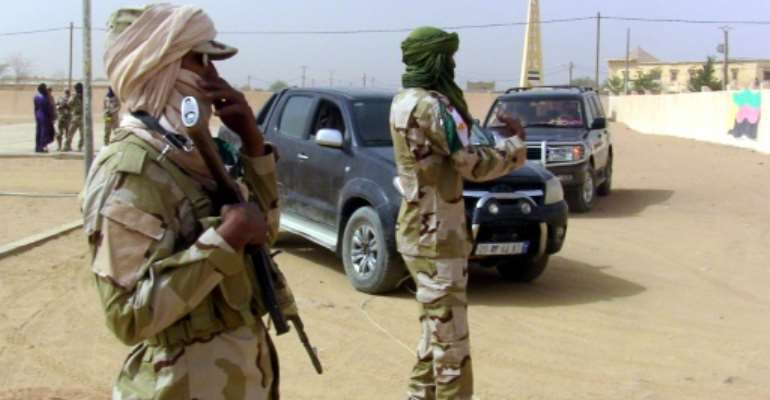 Mali's vast, desolate north continues to be beset by violence, having fallen under the control of Tuareg-led rebels and jihadist groups linked to Al-Qaeda in 2012. By (AFP)

"The northern and central parts of Mali remain under the threat of criminal, violent extremist and terrorist groups, which take advantage of the limited presence of Malian law enforcement institutions," Ban said in his latest report on the country.

"The spread of insecurity in Mali and the security threat posed by actors outside of the peace process remain alarming," he added in the confidential report sent to the Security Council, which was seen Monday by AFP.

Ban in particular raised fears about "persistent operational difficulties" faced by the MINUSMA force, the UN mission in Mali, and called for the government to step up security in the north of the country with more forces.

Mali's vast, desolate north continues to be beset by violence, having fallen under the control of Tuareg-led rebels and jihadist groups linked to Al-Qaeda in 2012.

A landmark peace agreement was reached last year between the Mali government and the rebels, but jihadist violence remains a threat and the Malian government has been unable to maintain security with domestic forces alone.

"I remain concerned that actual progress in the implementation of the peace agreement remains limited," he added, also calling for contributing countries to better equip the peacekeepers.

"I urge all Malian parties to accelerate the implementation of the agreement in full, especially the political and security provisions."

The murder of police officer is a wisdom-trigger to support ...
36 minutes ago