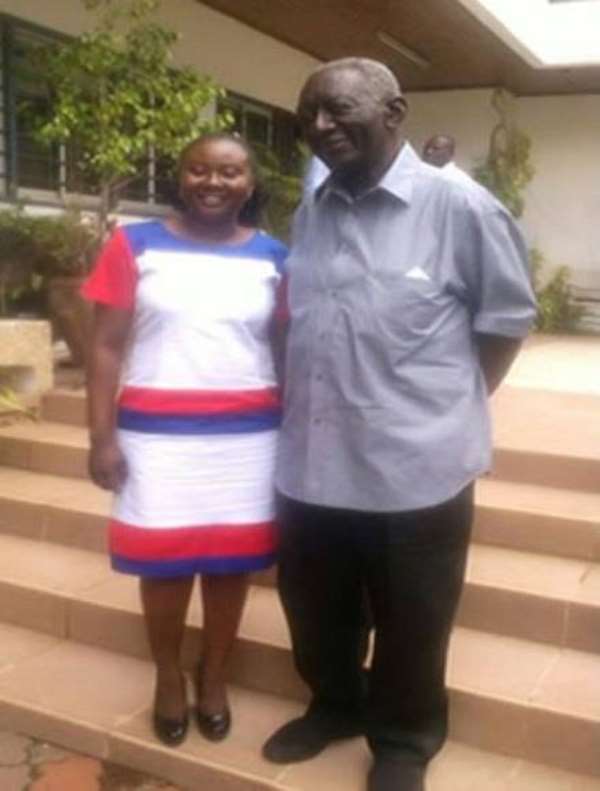 As political activities gather momentum in the lead up to the general elections in November this year, political parties and their functionaries are devising strategies to help them annex victory with ease.

As a force to reckon with in Ghana politics, H.E John Agyekum Kufuor, has suggested strategies for his party towards the 2016 elections and has schooled supporters of the NPP in the Kwabre East Constituency on how to engage their neighbours as they canvass votes for their parliamentary candidate and the party’s flag bearer.

Speaking at Fawoade in the Kwabre East District as the Special Guest of Honour at the campaign launch of Francisca Oteng Mensah, the NPP Parliamentary Candidate for the constituency, the former president tasked the teaming supporters to use the current economic situation in the country as a tool to garner votes for their party.

“Ask your neighbours, are you able to pay your wards school fees, is the NHIS accessible to you, are you able to buy food when you go to the market?” he tasked them amidst cheers from the crowd.

He said the NDC has made life unbearable for Ghanaians ever since they assumed office almost 8 years ago, adding that the Mahama-led administration has been abysmal at the job because they lack the know-how and the vision to enable them propel the fortunes of the country.

“Ghana is blessed with enormous natural and human resources but the wrong people have been put at the helm of affairs. The way things are going, it looks as if a curse has been placed on the country”, the former president said.

He therefore challenged them to take advantage of the upcoming election to turn their lives around by voting massively for Nana Akufo Addo and NPP parliamentary candidates, admonishing them to be truthful and decorous as they take up the enormous task placed on their shoulders.

She urged the supporters to go all out and campaign for the NPP because “the NDC has nothing better to offer you. Nana Akufo Addo and the NPP are committed to make Ghana a better place for all of us”