NPP, Stop The Lies On Threat To Your Candidate's Life 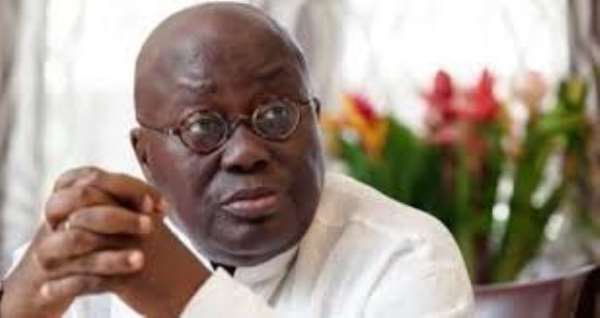 The Tema Regional Branch of the United Cadres Front of Ghana (UCF-GHANA), condemns the New Patriotic Party's (NPP) blatant lies about so-called threats to the life of their presidential candidate, Nana Akufo Addo, which warranted the engagement of the three South Africans ex-police officers. We view their hurriedly organized press conference today which is on the heels of an earlier one when the hired foreigners were first arrested two days ago.

If the main reason for bringing the South Africans in was because of threats gathered by the NPP's intelligence that their candidate's life was in danger, why was that aspect left out in their first press conference when the case first came up?

The NPP's after-thought to peddle these lies by no less a personality but their acting chairman, Mr. Freddy Blay, leaves us in no doubt that the latest allegation is to whip up sympathy from a cross section of the Ghanaian citizenry after the security breach.

Let it be told the NPP per this communication, that nobody or group of bodies within the country ever wishes any harm to come the way of the NPP's candidate. We believe their own internal 'terrorist' acts are what may constitute a threat to both the party and candidate's security than any external influence.

The holding on to the 'straw of public deceipt' will not save them from the current security mishap. And may we ask the NPP, whether if it were any of the political parties and especially the NDC in opposition which had conducted itself in the act they are being blamed - their current posture of defense is what would have been at play.

Citing the unfortunate murder of the late Hon. J.B. Dankwah as a major lack of security of the state which justifies the engagement of foreign 'security experts is rather distastful and absurd to us.

The United Cadres Front of Ghana, uncomfortably, is hereby, forced to question whether the gruesome murder of the late Ya Naa Yakubu Andani and over forty of his elders, could be lack of National Security and for that matter justify the recruitment of foreigners to secure the surviving people?

Let us grow our partisan politics beyond these medicre lines of developing it.