Is Koku Anyidohu Serious With His Mercenaries Allegation? 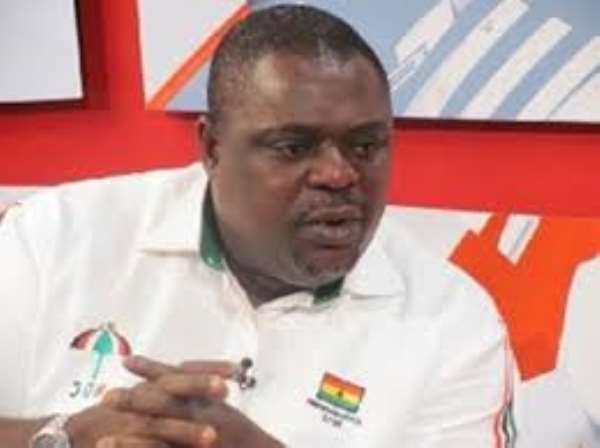 No sooner had the BNI agents picked up three South African nationals from a hotel for questioning than toady Koku Anyidohu opened up his stinky mouth. Before the BNI could start their interrogations of the retired South African policemen, Koku Anyidohu went on air to announce that NPP have imported mercenaries into Ghana with the intention to stage a coup d’état. This is the most stupid allegation ever to be made by any Ghanaian who has a brain of the size of the mustard seed in their cranium.

From what I have read and heard on the radio from the retired Ghanaian army Major in whose hotel the three South Africans were picked up, the men are in Ghana to train some designated persons on non-weapon, or on unarmed combat tactics. They are to train the personal security detail of some top members in NPP on unarmed close combat; how to use unarmed defensive tactics to protect the persons they are hired to protect in the unlikely event of the person being maliciously attacked.

“A security detail more often known as a PSD, standing for Protective Services Detail, Personal Security Detachment, or Personal Security Detail is a protective team assigned to protect the personal security of an individual or group. PSDs can be made up of military personnel, private security contractors, or law enforcement agents” - Wikipedia.

Those designated persons the South Africans had come to train are, or would be, the Personal Security Detail of the mentioned NPP gurus, e.g. Nana Akufo Addo, Dr Alhaji Bawumia etc. Does this make the South Africans terrorists or mercenaries as insanely alleged by that NDC blockhead called Koku Anyidohu? Does he think all Ghanaians are criminally-minded as he and his incompetent and outrageously corrupt NDC government and members?

Can he tell me how he came to conclude that those South Africans are mercenaries? The fact that they were training some designated people on unarmed combat and on tactical driving intended to protect whom they are to protect in an unexpected, but sudden physical malevolent attack on them, does not make the trainers mercenaries. Again, not having come to Ghana on work visa but simply on a holiday visa and then engaged in training activities as alleged, does not in any way make the three South African nationals mercenaries. However, they can only be charged with taking up jobs without the necessary work permit, if Koku Anyidohu cares to know.

I shall entreat fellow Ghanaians to not allow Koku Anyidohu and his like-minded criminals who have raped, and continue to inflict torture on mother Ghana and Ghanaians, to use this diversionary tactics to let us become oblivious of the untold socio-economic hardships they have brought to bear on the ordinary Ghanaian.

Ghanaians are suffering due to the conspicuously shameless thievery in open perpetration by the government, her agents and assigns of which Koku Anyidohu is an umpire.

Are Ghanaians going to sit down with all the miseries they are suffering under the hands of President Mahama to allow Koku Anyidohu to fool them with his completely unfounded allegation of NPP engaging mercenaries to attack Ghana, to win President Mahama and NDC a second term in office to compound their economic woes? No, they should be wiser by now!

Let his propaganda swirl under his feet, carry him into the ocean of the “Bermuda Triangle” to come back no more to play on the intelligence of Ghanaians.

I shall come back to treat this topic in detail.
Rockson Adofo