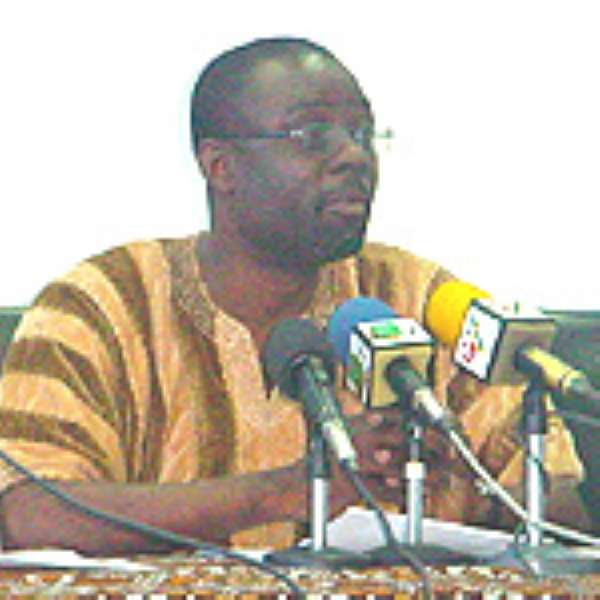 Accra, Dec. 8, GNA - The new Parliament that would be inaugurated on January 7 would welcome new faces and say goodbye to a number of seasoned lawmakers.

In the uncertainties of an election, several key personalities, who were Parliamentarians or wanted to represent their people in the august House lost out.

They included the Deputy Minister of Information, Mr Andrews Awuni Aberibire (pictured) debarred from entering the House by Mr Albert Abongo of National Democratic Congress (NDC) with 17,397 votes against his 10,311 votes.

Veteran Journalist Nii Nortey Duah who was attempting to enter Parliament for the first time, lost in the Ledzokuku Constituency in Accra.

The winners, whom the electorate had endorsed to return to the house include Papa Owusu-Ankoma, Attorney-General and Minister of Justice; Nana Addo-Dankwa Akufo-Addo, Foreign Minister; Mr Yaw Osafo-Maafo, Finance Minister and Mr Hackman Owusu-Agyeman, Minister of the Interior.

The first timers, who are expected to make remarkable impact on deliberations in the House, include Prof. Alhassan Wayo Seini, Paa Kwesi Ndoum, Minister of Energy and Mr Asamoah Boateng, Deputy Minister of Information.

NPP group threaten to kick against reappointment of Atwima N...
15 hours ago