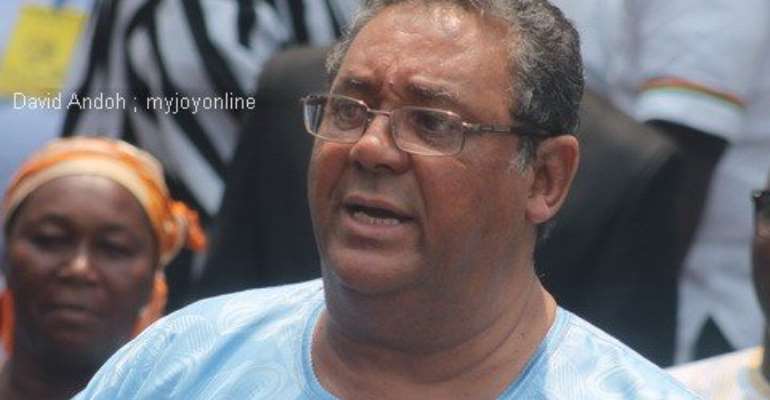 The acting Chairman of the New Patriotic Party Freddie Blay has described as "un-Ghanaian" the criticisms that came with the passing of Jake Obetsebi Lamptey.

Even though the death of the former New Patriotic Party Chair was greeted with pain, grief from all quarters of the political divide, some elements within the governing National Democratic Congress will not let Jake Obetsebi Lamptey sleep in eternal peace.

Mr Lamptey's decision to buy a state bungalow in 2008 after leaving office as a cabinet minister has been an albatross on his neck.

Despite winning a court case brought against him by the then Deputy Information Minister Samuel Okudzeto Ablakwa and Dr Omane Boamah on the same issue, Jake Obetsebi Lamptey will not be forgiven by his fiercest critics.

Not even his death will stop these critics from jabbing Mr Lamptey.

On the morning of his death when friends and loved ones were heavy in heart and eyes laden with tears, the critics took to social media websites, facebook and twitter, to have their last word- words many have condemned.

One of them, Dzifa Gunu had this to say: "Jake rest in peace. May the world not experience your kind of greed should you come back to this world. Your maker keep your soul safe."

These critics have also suffered equal measure of criticisms by some members of the public who believe that it is alien to Ghana's culture to insult the dead.

Speaking to Joy News' Kwakye Afreh Nuamah, the acting Chair of the NPP Freddy Blay said such criticisms were unacceptable.

He however defended the decision by Jake Obetsebi Lamptey to buy the state bungalow.

"We believe in property owning democracy. When you have money and you can buy land buy it in this country, develop it, let it look beautiful. Land is there, property is there develop it. We are not saying that people should aspire to riches.

"If those who want to make capital out of it; or even wants to do politics with it is un-Ghanaian. I don't think there is anything wrong with buying a property," he said.