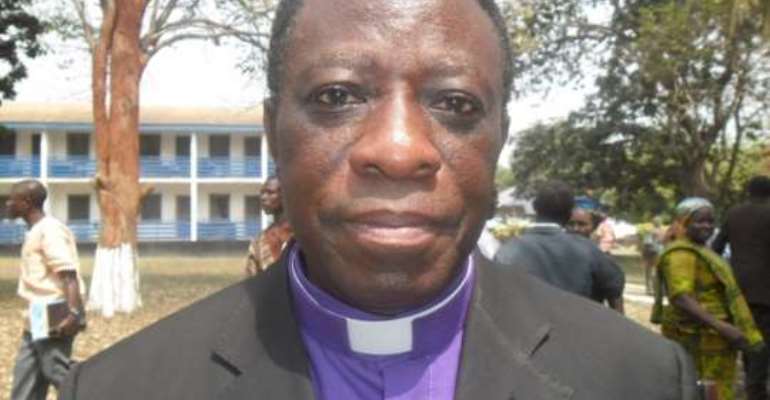 Koforidua, March 21, GNA - Christians in Ghana have joined their counterparts all over the world to celebrate Palm Sunday, a day which marks the triumphant entry of Jesus Christ into Jerusalem.

Apostle Richard Kwami Adanu, the Vice Chairman in-charge of Missions of the Great Commission Church International (GCCI) has urged Ghanaians leaders and the citizenry to embrace the great lesson of the humility of Jesus Christ.

'I call upon every person to be humble like Jesus Christ; anybody in leadership at any level must be humble, as servant leaders, he said.

'Leaders in the church must learn to be humble. Leaders in the work places must be humble. Our political leaders must be humble. When we do this we attract the presence of God, and He will lift us up at the right time like He did to Jesus,' Apostle Adanu stated in his sermon delivered on Palm Sunday at the Covenant Sanctuary of the GCCI in Koforidua.

Speaking on the theme 'That I May Know Him, And the Power of His Resurrection', Apostle Adanu said the fact that King Jesus rode on a donkey showed him to be a king of a difference.

'Rejoice greatly, O Daughter of Zion! Shout, Daughter of Jerusalem! See, your king comes to you, righteous and having salvation, gentle and riding on a donkey, on a colt, the foal of a donkey,' he cited from the gospel according to Matthew.

'Kings ride on horses, but Jesus rode on a donkey. Horse signifies power, while a donkey signifies meekness and humility; so here, Jesus is demonstrating the fact of being a King.

'He is however, a King who is not just demonstrating brute power like other kings. He is a King with humility. This is servant leadership,' he said.

He said Jesus has power and authority and power over everything and therefore, every Christian needs to submit to Him; so that He would direct the affairs of their lives.

Apostle Adanu said Jesus though equal with God, humbled Himself so much and became obedient to even death on a cross; explaining that as a result, God has highly exalted Him above all people and things.

The Vice Chairman therefore, admonished all believers in Christ to have the same attitude as that of Christ Jesus.

'As followers of Jesus Christ, young people and everybody else are called upon to be submissive to those older than them. All are to clothe themselves with humility,' he said.

At the Mount Moriah Congregation of the Presbyterian Church of Ghana, Mr Daniel Ogum, who preached on the theme: "Suffering for a Purpose" also emphasized the need for humility at any point in time in the life of a Christian.

He said: "Jesus Christ was God incarnate yet he humbled himself to go through crucifixion for our sake" and urged Christian to stay humble no matter what they went through in life.

Mr Ogum noted that the waving of the palm fronts signified victory, explaining that in heaven the host of angels wave palm front in worship and adoration to the king.

He called on Christians to pursue holy living and eschew selfishness to give meaning to the death and resurrection of Christ.

'Give peace a chance', ICoast ex-president tells police
40 minutes ago