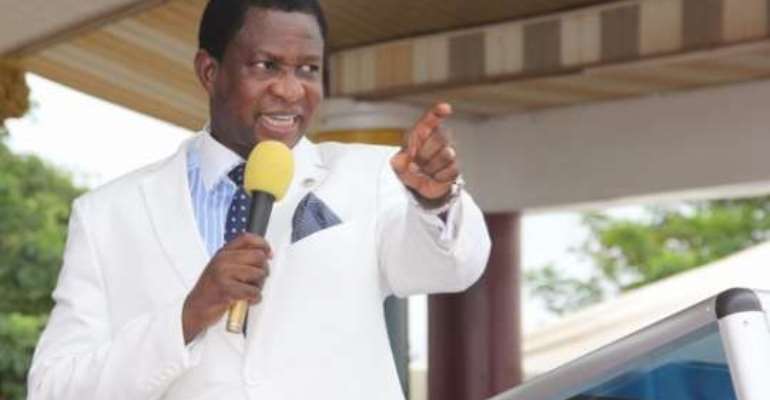 Accra, Mar. 20, GNA - The Christ Apostolic Church International has urged religious leaders to mobilise resources towards the enactment of a legislation that would weed out fake pastors and prophets, whose activities are undermining the credibility of the Christian faith.

Addressing the opening ceremony of the Ministerial and General Council Meeting of the Church in Accra, the Chairman, Apostle Dr Stephen Kwame Ntow Amoani, said: 'I also urge all Christian leaders to speak against this unacceptable behavioural ineptitude and absurdity.

'We should go further to bring pressure to bear on the Government to regulate the springing up of mushroom churches and religious organisations, which eventually tarnish the image of our dear nation, Ghana.'

The 2016 General Council Meeting, which is on the theme, 'The Power of God in Nation Building', was attended by more than 500 delegates comprising Reverend Ministers, Pastors, Elders, Deacons and Deaconesses from Ghana, Togo and Cote d' Ivoire.

The meeting is organised annually to deliberate the activities of the Church in the past year, especially on what should be done to ensure Church Growth and Development, and Nation Building, as a whole.

Apostle Amoani described as 'unprecedented' the parading of charlatans claiming to be 'prophets with unequalled spiritual power,' which he said, was gradually denting the image of Christianity.

'We condemn in no uncertain terms the unethical and immoral behaviour of these so-called prophets and men of God whose discreet interest is to amass wealth at the expense of the unsuspecting citizens of this country,' he said.

Apostle Amoani said if bible-based believers and genuine Christians failed to express disgust at the turn of events, the activities of the charlatan would continue to bring the Christian faith into disrepute- ridiculing the hard-won reputation, the genuine ones had built on moral uprightness and virtues.

'We believe we can overcome these negative tendencies only when we rediscover our God-given authority and power as salt and light, to impact our generation,' the Chairman said.

The Attorney General's Office of Kenya, in January, published 'The Religious Societies Rules', which require all religious organisations to submit their constitution showing the statement of their doctrine of faith.

According to a statement published by the Standard Digital of Kenya, the rules also required clerics to submit certificates of good conduct and their theological training certificates.

The rules affect imams, pastors, rabbis and other religious leaders.

Additionally, all religious societies must be registered and open to the registrar's inspection any time.

According to the Kenyan Government, the rules, which would be operational next year, were aimed at weeding out those who wanted to commercialise churches and stop mosques from being used as breeding grounds for terrorists.

The Government has said its action was in response to media reports about the rise of illicit activities in the name of religion.

The Government is only seeking to hold religious leaders accountable to their flock; the idea of religious freedom is fundamental. However, it cannot be left without oversight responsibilities, the statement said.