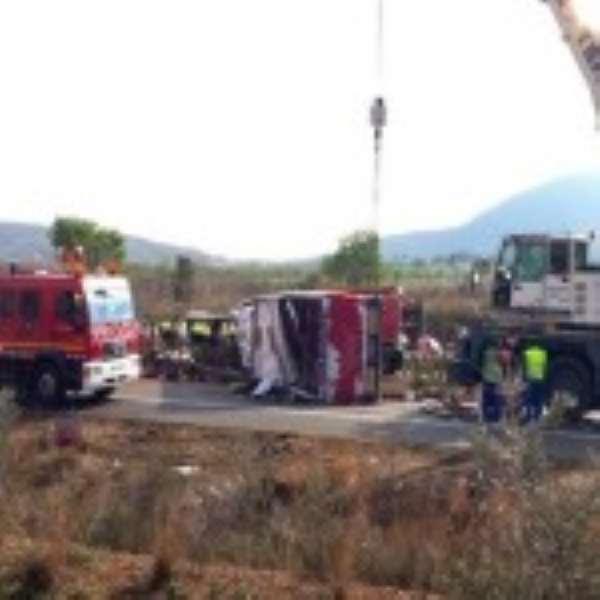 At least 14 people have been killed after a bus carrying foreign students crashed on a Spanish motorway between the cities of Barcelona and Valencia.

Most of the 57 people on board the bus were students on the Erasmus programme who were returning to Barcelona after a trip to a fireworks festival.

Photographs from the scene show a white roofed coach lying on its side, surrounded by emergency vehicles.

The accident occurred near Freginals, 150km (93 miles) south of Barcelona.

The nationalities of those killed and the 43 people injured have not been confirmed, nor has the cause of the accident.

But Jordi Jane, Catalonia’s regional interior minister said the driver of the coach “hit the railing on the right and swerved to the left so violently that the bus veered onto the other side of the highway”.

The bus then hit a vehicle coming in the opposite direction, injuring two people inside.

“There were students on board, many of them foreign students studying in Catalonia and in Barcelona who had travelled to Valencia for the Fallas and were returning,” Jane added.

The driver of the bus survived the collision and has been taken to a local police station.