NPP flags fly at half mast for Jake 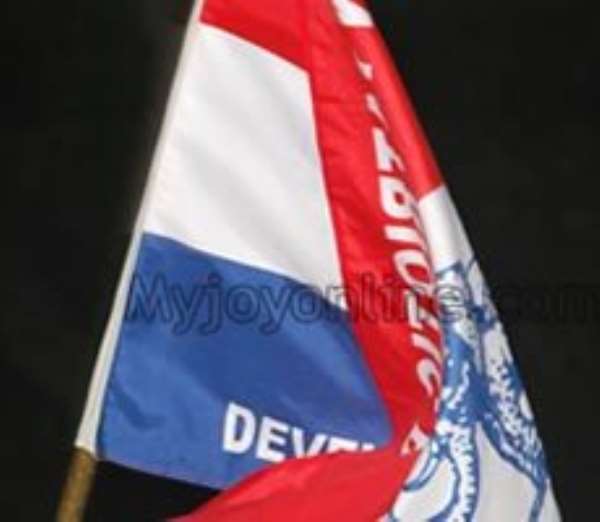 All New Patriotic Party flags will fly at half-mast in honour of the former Chairman of the party Jake Obetsebi Lamptey who died in London the dawn of Sunday.

A statement issued by the acting General Secretary of the party John Boadu described Mr Lamptey as a "great pillar" who did not only serve the party but diligently served the country as a whole.

The statement said all other arrangements will be communicated to the general public in due course.

Mr Lamptey, 70, died in London after a short illness. Before his death, he served in different capacities in the party as well as in government.

He was the campaign manager for then candidate John Kufuor and brought his wealth of experience to bear in the campaign that brought the New Patriotic Party to power for the first time in the 4th democratic dispensation.

Whilst in government, Mr Lamptey served as Chief of Staff, Tourism Minister. When the party lost power in 2008 Mr Lamptey won the race to become the party's chair in a 2010 Congress.

He however failed to maintain that position in the 2014 election held in Sunyani.

The following is the statement from the NPP
The New Patriotic Party regrets to announce the passing to glory of its former national chairman, Mr. Jake Obetsebi Lamptey.

Mr. Obetsebi who led the party to victory in the 2000 and 2004 General elections as Campaign Manager died in London this dawn.

Mr. Obetsebi Lamptey did not only serve his party selflessly and diligently, but also helped in nation building.

He was a Chief of Staff and former Minister of Tourism and Diasporan Relations in the cabinet of President John Kufuor.

Previously Obetsebi-Lamptey was Minister of Tourism and Modernization of the Capital (2002–05) and Minister of Information (2001–02).

Indeed, a true son of the Nation and the great elephant family has passed on. A great pillar has fallen.

As we mourn this great man of our party and country, we request that all party flags- national, regional, constituency and polling stations offices- fly at half mast.

Any other arrangements will be communicated to the general public in due course.