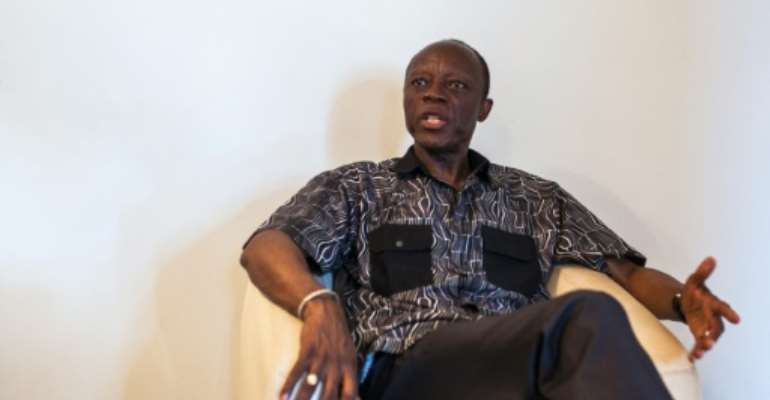 Congolese presidential candidate Jean-Marie Michel Mokoko speaks during an interview at his residence in Brazzaville on March 19, 2016. By Eduardo Soteras (AFP)

Brazzaville (AFP) - Congo presidential candidate general Jean-Marie Michel Mokoko told AFP Saturday he had received a fresh police summons to report to authorities on the eve of the election, slamming what he termed a bid to torpedo his hopes of standing.

The former army chief is running against incumbent President Denis Sassou Nguesso and faced police questioning last month after a video emerged on the Internet allegedly implicating him in an attempted coup.

Mokoko's campaign organisers have dismissed as fake the video, taken sometime in the early 2000s and which appeared shortly after he held his first campaign rally on February 13.

Congo's military chief from 1987 to 1993, Mokoko is currently special representative of the African Union Commission in the neighbouring Central African Republic.

A police source confirmed that "a summons has indeed been sent to the general," inviting him to present himself for an interview "upon reception".

Mokoko, who Saturday turned 69, was a longtime ally of Nguesso but on February 3 he announced his resignation as the president's advisor on peace and security, a post he had held since 2005.

On February 8 he then announced plans to run against his former boss for the presidency.