What Does It Take To Beat Drug - Resistant TB? 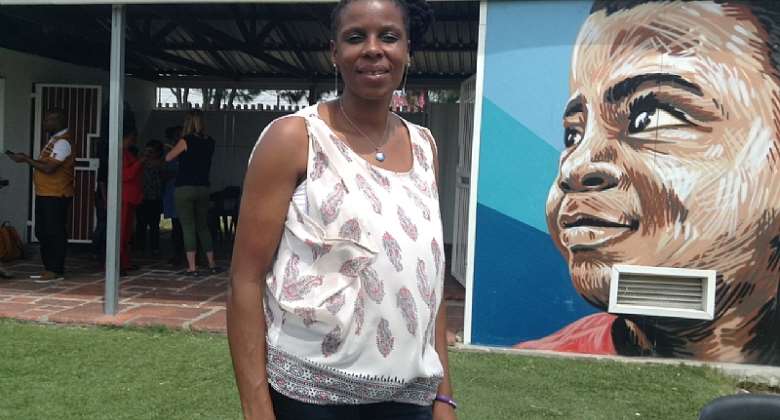 (CNS): I met Lucy in Khayelishta (near Cape Town) on the bright sunny morning of 4th December 2015 - just two days after she had celebrated the 10th birthday of her lovely daughter. A cured multidrug-resistant (MDR) TB survivor, her face glowed with the happiness and pride of winning her battle against two dreadful diseases.

It all began in 2005, when Lucy went to a clinic to confirm her 2nd pregnancy (she already had a 7 years old son).

There she also took the HIV testing offered to her. She tested positive for both. The joy of being pregnant was completely overshadowed by her HIV positive status. She could also not be put on antiretroviral treatment (ART), as her CD4 cell count was more than 200—the eligibility criterion for receiving ART as per the then guidelines. “As the distressing news of being HIV positive sank into me I was completely devastated.

Moreover, with every passing day I was feeling sicker and losing weight rapidly. By the time I went back to the clinic again, I was already 5 months pregnant. The doctor wanted to screen me for TB. But no matter how hard I tried, I could not produce any sputum. My mouth was completely dry. I was given some antibiotics for 7 days. But they did not help at all. An X-Ray was not advisable as I was pregnant.”

Lucy was sent back home and after several failed attempts did manage to produce sputum one evening. The test results confirmed TB. It was her first brush with TB and she was put on treatment for drug sensitive TB, without any further sensitivity tests being done. By now she was also eligible to be put on ART. She delivered an HIV negative baby girl on December 2, 2005. Meanwhile, even after completing her 6 months anti TB treatment course she was not feeling any better—rather she was getting worse.

This time the drug sensitivity test confirmed MDR-TB. “But the diagnosis did not shock me at all, as I had no knowledge about the complexity of MDR-TB and hence no idea about the gravity of my situation. I was neither counselled nor told anything about side effects of medication or even the infection control methods I needed to follow. I was just asked to go to the hospital and begin treatment. Little did I realise that the treatment would be painstakingly long—it lasted for 3 years in my case—and would be fraught with severe side effects. My baby girl was also diagnosed with MDR-TB in May 2006, and her treatment started when she was 5 months old. Both of us are since thankfully cured completely of TB.”

Lucy recalls those testing times with horror and shares with CNS (Citizen News Service): “At that time there was no integration of services—I would take my antiretrovirals (ARVs) from one clinic, my anti TB treatment from another, and my daughter had to be shown in a third clinic. It was like running from one place to another all the time. Also I had a tough time giving medicines to the child. With ARVs we have syrups for children, but there was no such facility for paediatric fixed dose combination (FDC) MDR-TB drugs.

I would crush the tablets and estimate the dosage to be given. (She screamed with joy when I told her that FDCs in palatable form would now be available for kids with drug sensitive TB). Based on her experiential knowledge, Lucy feels that the overwhelming pill burden, the interminably long duration of treatment, and the debilitating side effects, coupled with lack of proper counselling, often make the patients to not comply with treatment. The stigma attached to the two diseases—TB and HIV—simply adds fuel to fire.

But she is happy that things are improving now on several fronts— “Earlier it took 2 months to get test results for 1st line TB and 3-4 months for 2nd line treatment for MDR-TB. The advent of Gene Xpert has changed that. Also the two new drugs Bedaquline and Delamanid are very promising. And with proper counselling more patients are being helped to complete their MDR-TB treatment”. “Earlier there was stigma even from healthcare workers, perhaps due to lack of training and correct information. But now it has reduced. Also decentralisation of MDR-TB treatment and bringing it to the clinic level has helped restore confidence of healthcare workers and patients alike. It has made them feel important and equal partners in the fight against MDR-TB”.

Lucy has since erased all traces of her sorrowful and turbulent past with her 'never say die' attitude. Merely talking to her fills anyone with confidence. She has now been working as a counsellor with Médecins Sans Frontières (MSF) for over 8 years since 2007. She runs a support group to help MDR-TB patients complete their treatment, and to provide palliative care to those in whom treatment has failed. She also runs a radio show. She firmly believes that, “We have to take a holistic view of treatment and treat patients as human beings.

Understanding the patient is very important. We must assess their behaviour and culture and then offer them solutions for their unique problems. For example, in my culture if one is vomiting or coughing blood, it is associated with spirits. So we have to deal with this problem in a special way. We hold workshops for patients and provide them correct information in a friendly manner to make them understand the importance of proper treatment and wean them away from faith based healing.”

“Treatment literacy too is very important for patients, but is still somewhat lacking in the field of TB. I can say from personal experience that encouraging patients to complete treatment—like celebrating completion of the injectable phase; engaging patients in chalking out personalised plans to ensure treatment completion; and charting out achievable goals (like staying on treatment for next 2 weeks and then so and on)—does help a lot.” With decentralisation of MDR-TB care and treatment services, availability of modern drugs for those in need of them, and a holistic patients’ support, we can beat the monster of MDR-TB and TB.

Ministers create 'kingdoms', become 'untouchable' if not res...
15 minutes ago

Some ministers I reshuffled not my best friends anymore – Ma...
15 minutes ago