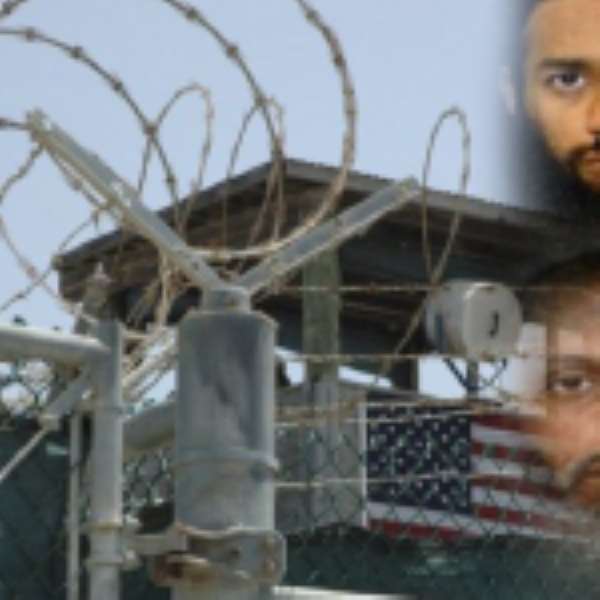 It is emerging that family members of the two ex-Guantanamo Bay detainees brought to Ghana on the orders of the United States government, are fighting hard to come into the country to visit them.

They are desperately pushing to enter Ghana at a time the security apparatus has issued a high alert over a possible terrorist attack following the attacks in Grand Bassam in neighbouring Ivory Coast that left about 22 people dead on March 14, 2016.

The arrival of the two Al-Qaeda suspected terrorists – Muhammad Bin Atef, 36, and Khalid Muhammad Salih al-Dhuby, 34 – from the US Naval Base in Guantanamo Bay, has sparked unending and heated debate in the country.

Some security experts have said that the acceptance of the Gitmo 2 ex-detainees which Foreign Affairs Minister, Hanna Tetteh described as Al-Qaeda foot-soldiers by the NDC government is making Ghana susceptible to terrorist attacks.

Saudi Mission
DAILY GUIDE is reliably informed that the Ghana Mission in Saudi Arabia which has oversight responsibility over Yemen where the Gitmo 2 are citizens, had received visa applications from family members of the two men but was said to have referred them to the Foreign Ministry in Accra for clearance.

It is also emerging that the four Yemenis who were arrested for arriving in Ghana with fake visas appeared to have hands in the arrival of the Gitmo 2 former detainees in Ghana.

Government Sources
Government officials have been tightlipped on the issue; however, Deputy Minister of the Interior, James Agalga, recently said on radio that the NDC government could not prevent families of the two former Guantanamo Bay detainees from visiting them in Ghana.

“The decision that was taken was for the two to be admitted into this country. Family members, whether they are Yemenis or whatever, if they have to come to Ghana, there are laid down procedures for the entry of foreigners into the country,” he underscored.

He said that the two would not be denied their freedom of movement such as visiting the mosques, among others, although they would be closely monitored.

US Senators' Threat
Even though the Mahama-led NDC government had variously insisted that there were no strings – whether financial or otherwise – attached to the deal for Ghana to host the two suspected terrorists, four US senators called on their Appropriations Committee to cut foreign aid to Ghana if the West African country failed to hold and monitor the two former-detainees.

The Senators, Mark Kirk of Illinois, Roy Blunt of Missouri, James Lankford of Oklahoma and Steve Daines of Montana, stated this in a letter to State and Foreign Operations and Related Programs Chairman Lindsay Graham and the Appropriations Committee Chairman, Thad Cochran.

A statement on the US Senate website said the Senators requested for a reduction in assistance to Ghana by $10 million per detainee “in the event either of these detainees escapes from confinement or re-engages in terrorism while in Ghana's custody.”

Their basis was that about 30% of terrorists released from Guantanamo Bay were known or suspected to have returned to their terrorist-related activities.

Fake Visas
The four Yemenis who allegedly arrived with fake French passports as well as fake visas, have already been remanded into the custody of the Bureau of National Investigations (BNI) by an Accra circuit court presided over by Aboagye Tandoh.