Homeland Study Group Has A Right To Join Togo, But… 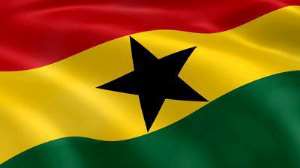 I have come across the news headlines referring to some secessionist group calling itself the Homeland Study Group and have not taken it any seriously, because fundamentally speaking a “study group” clearly is a scholarly organization and not a political party or nationalist movement, such as the erstwhile Danquah- and Grant-led United Gold Coast Convention (UGCC), the Northern People’s Party (the original NPP) and the Togoland Congress (TC). And so quite naturally, I find the secessionist agitation of the group, which is reported to be led by a Mr. Charles Kormi Kudjordjie to be nothing short of the luridly disingenuous (See “Volta Breakaway Group to Sue Government” Starrfmonline.com /Ghanaweb.com 2/16/16).

The main grievance of the group appears to be two-fold, namely, the lack of any appreciable economic development of its part of the Volta Region by the Government of Ghana and the latter’s colonial predecessor, Great Britain, on the one hand, and the constitutional illegality of its portion of the land that was incorporated into Greater-Ghana, the erstwhile Gold Coast, in the aftermath of the 1956 United Nations-sponsored Plebiscite. But even before we take up the grievances of the membership of the Homeland Study Group (HSG), it is significant to state categorically for the record that since 1957, there has been recognized no parcel of land or locality in the country known as Western Togoland. Simply put, cardinal geographical locations such as North, South, East and West are arbitrary and relative concepts that have validity only among the polities and/or peoples who recognize them, short of globally recognized and / acknowledged geographical conventions.

Indeed, I have myself during the last couple of years advocated for the secession of Okyeman from the Republic of Ghana, on the clearly legitimate assumption of the criminal bastardization of country’s 1992 Republican Constitution, which has been effectively hobbled by Indemnity Clauses which continue to make it pretty much legitimate for war and political criminals to be able to casually and literally hijack Ghana’s democratic culture with impunity. The preceding notwithstanding, the problem that the HSG has with pushing its agenda inheres in the patent contradiction of its leadership’s argument that a constitutional union was supposed to have been established between the Ewe portions of the present-day Volta Region that was never established, thus effectively delegitimizing the continuous incorporation of the erstwhile British Togoland into postcolonial Ghana.

It is also not clear precisely what historical documents they have been studying, but in point of fact, both the decision of the so-called Voltarians – the proper terminology ought to be “Voltaics” or “Voltaians” – to joining Ghana was in tandem with the declaration of Ghana by then-Prime Minister Kwame Nkrumah as a “Unitary State.” The referendums/-da might have been held at different times, but they were executed with the full knowledge, approval and active participation of the forebears and relatives of the leadership of the so-called Homeland Study Group.

What the preceding observation means is that practically speaking, the leaders of the HSG have a far better chance of physically immigrating from Ghana and becoming Togolese by naturalization, than rather dangerously presuming to be legitimately empowered with the inviolable right or birthright to annexing any landed property internationally recognized as part and parcel of the Republic of Ghana to any other country in the West African sub-region. In case the HSG leaders are not already aware of this fact, history is a very fluxional and messy business whose authenticity is invariably more politically determined than anything else.

Indeed, a critical historical examination and study of the present-day Volta Region would clearly and incontrovertibly bear out the fact that Anlo-Ewes are only relatively recent immigrants rather than indigenes of that portion of our country. The Myth of Agorkorli ought to be an immediate and definitive antidote to the apparent madness of the leadership of the so-called Homeland Study Group.