Otabil Is 101% Right; The State Has No Business In Hospitals & Schools 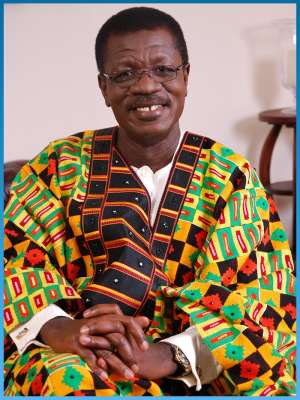 A prominent economist once said that if you assign the management of the Sahara desert to a government there will be shortage of sand. I am sorry to explain this further for the benefit of those who think I am writing a Kantian thesis. What this means is that when you leave the management of health to the government, there will be dearth of nurses, doctors, equipments etc, and patients will die needlessly.

The same applies to schools; the result is simple – your children will complete their basic education, and they cannot read and write. And I am not making this up; I have met students from our premier universities who cannot put complete sentences together.

We do not need a Socratic mentality to ask why this economist will be so cynical to broach such a statement. It’s because all governments, it doesn’t matter where they are on earth, are infinitely incompetent in the management of any conceivable human enterprise. The only thing they know how to prosecute well is war – and that is destruction. Well, that is, if they win. The economist who made this statement was once a socialist or much for a better word Keynesian. It beggars imagination that very smart people cannot come to terms with this fundamentally simple assertion by Pastor Otabil, and go about browbeating him for having the guts to voice his sacred opinion.

Since Pastor Otabil fired the debate of government incompetence into the stratosphere, less edifying articles have been written to condemn him. One of such articles is titled ‘Mensa Otabil is talking rubbish again’. Others have been very civil; yet, scrape the bottom of the barrel to appeal to the heart rather than reason in this day and age when the latter should not even rub shoulders with the former.

I embarked on this odyssey because of what Mr Kofi Ata, Cambridge, wrote in his piece ‘Does Pastor Otabil really want the state out of hospitals and schools in Ghana?’ It engendered quite a few short sighted commentaries, including some notorious names. The following is the link to the piece under my microscope: http://www.ghanaweb.com/GhanaHomePage/features/Does-Pastor-Otabil-really-want-the-state-out-of-hospitals-and-schools-in-Ghana-417944 . Some of the phrases he used that caught my attention are ‘vulture capitalism’ and ‘unfettered powers’. Do entrepreneurs feed on their clients like vultures; do they have the power to chain their customers to their products? Such beliefs only exist in the minds of the progressives and the dictatorial socialists.

A lot of entrepreneurs wouldn’t mind to have the vulture capitalist status. Nonetheless, such conditions can only happen when there is closed entry, and closed entries can only be achieved by the power of the government. No capitalist has the power to bar other competitors from entering any trade or business. In an economy where entrepreneurs are free to set up their businesses without any harassment from government officials who take bribes like Mr Kofi Ata himself alluded in his piece, there can be no instance where a vulture capitalist, as he claims, can feed on the cadaver of his clients.

At the centre of the anger to Otabil’s statement is health and education, because the progressives think these indispensable human needs are too important for it to be left in the hands of private profit motivated businessmen and women. Let me put it this way; food vis-à-vis health and education which are more important to our basic human existence? Is it because we take food for granted? Is it the profit motivation that scares them or their meaningless word – greed? What makes them assume that the private sector cannot manage our health and educational needs efficiently, and most importantly, at an affordable cost to the public?

I will ask again, what makes people like Mr Kofi Ata assume that the private sector cannot manage our health and educational requirements? People cannot access health services not because of affordability, but due to the fact that the Ghanaian economy is rudderless. Health and education that is provided by the U.K. government, which he picked some of his examples from, are fraught with all kinds of problems.

Let’s take food, for example, which is more important than education and health to our basic human existence that is provided by the private sector and not the government. For more than hundred years, the United Kingdom has not produced enough food to feed herself, but because the management of that industry is in the hands of the private enterprise obesity is the time bomb that is waiting to go off. Seasonal fruits like banana, oranges and strawberries are always available all years round at very reasonable prices, because they are sourced from all over the world by private entrepreneurs who want to make the word profit which is anathema to the progressives.

Why is it that the greedy entrepreneurs in the food industry do not fleece the British public of their hard earned money? Because it is extremely difficult to go without food for a day and most people will perish within a week. On the other hand, I was shock to the bone when first came to England, in my debut job which kept body and soul together, I met a white colleague who could not read nor write, yet he had lived till over sixty at the time. There are people who live to very old age without any serious illness or hospitalisation throughout their lives.

My uneducated colleague and the subsequent category of people I have described above cannot survive without food, yet the private entrepreneurs in Britain provide this indispensable basic human need at a very cheap cost to the British public. Strangely, food in Britain can still be cheaper, but thanks to the common agriculture policy of the EU, British people have to foot extra billions in cost to their food bills brought on by the bureaucrats in Brussels. Of course, I don’t blame those British who want out of the EU.

This is the time for the jugular. Now, let us kindly make reference to European history during the last century where there was famine. It was government controlled Soviet Union that experienced the most infamous famine in civilised Europe. The Soviet Union has one of the best topsoil on earth, and it is called Chernozem – black earth country. They are so fertile that Hitler had plans to excavate them in rail boxcars and bring them back to Germany. Yet, when the Bolsheviks took over the management of farms the worst kind of farming took place in the Soviet Union, which snuffed out the life of a minimum of 2.5 million people according to their own statistics.

Their enemies put them around 10 million based on conservative estimates, though other investigators who are generous with numbers give figures between 10 and 20 million. So the question is will you be so myopic to give the most important determinants of our existence to any government? You will counter that it was only in the Soviet Union.

And I am sorry to announce to you that it did also happen in China when the communist took over, then in Cambodia and it is still happening in North Korea just to limit myself to these three. Even in the U.S., during the 30s when FDR with his fascist mentality almost took over the industry and tried to micromanage it, United States children became malnourished while fresh milk was poured down sewer and crops ploughed under. So why do very intelligent people still believe that we should allocate hospitals and schools to the state when they cannot manage very simple thing as the production of food.

Poverty is the norm; prosperity is a state of perfection. Every state moves from poverty to riches. The Brits were once very poor and their life expectancy was in the 30s. The argument is often made that at independence individual entrepreneurs did not have the capital to build hospitals like Korle Bu and Okomfo Anokye. Of course, that is right because we were poor.

Our financial systems were not developed enough to marshal resources to embark on such projects. Still staying on track, when Guggisberg built Korle Bu where did he get the money from? It was taxes from Ghanaians, assuming it was taken from everyone, how many people directly benefit? It is mainly those in its catchment area. This is what breeds resentment and fester bitterness clothed in the mantra of tribalism when unscrupulous political demagogues pick them up.

Governments develop by picking winners and losers. I bet you wonder why both NDC and NPP cannot contemplate losing. The fact is they get to distribute the national cake of providing hospitals and schools and many other things, which they fleece the Ghanaian public with the help of their friends. Ridiculously, these very same progressives who advocate for such crimes against Ghanaians register their revulsion and call it crony capitalism. It is unbelievable; I will need nine lifetimes to comprehend this. While I am waiting for someone to throw me a sub, I believe your time is too precious to be wasted further. However, keep your fingers crossed for the second part.

Arrest, prosecute galamsey kingpins irrespective of their s...
26 minutes ago

Ablakwa questions whereabouts of chief perpetrator of Bulgar...
26 minutes ago