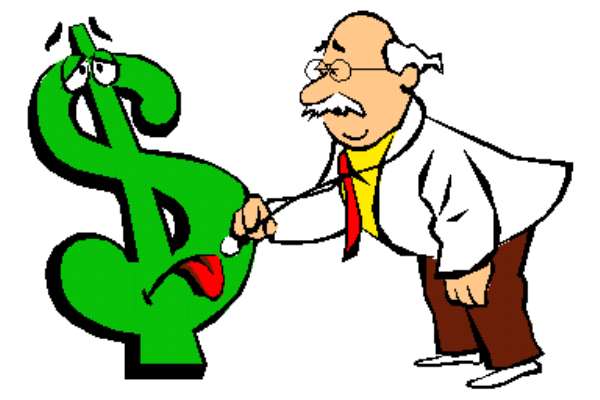 In the August Monetary Policy Committee report of the Bank of Ghana, the Bank maintained the prime rate unchanged at 18.5 per cent.

“Given the balance of risks in the economic outlook and for inflation, the Monetary Policy Committee has decided to maintain the Bank of Ghana Prime Rate unchanged at 18.5 percent”, a release from the committee stated.

According to the Bank's own field assessment, “available data indicates that economic activity continues to pick up and domestic demand is robust driven by strong external sector performance”.

Businesses, the Bank said, continue to maintain a positive view of the economic outlook and that “expectations are consistent with business plans and forecasts”.

The Bank's data is one of the most reliable sources of information on the performance of the Ghanaian economy, hence the reliance on it by investors, researchers and the general public. But is that the truth and how is this reflected in the pockets of the ordinary Ghanaian?

Not surprisingly, as with most other economies, there are people in Ghana who believe that the Ghanaian economy has performed far less than it should. Embracing the Highly Indebted Poor Countries Initiative (HIPC) is seen as one of the significant developments by the government in addressing the problem of poverty in the country. It was a bold political decision, and not an economic one.

And, as with most of the other economic initiatives supported by the Bretton Woods institution, HIPC in Ghana has somewhat become a highly politicized initiative, whose benefits will never be known for years to come. That is really the case because even though there are “real” benefits to be derived from the HIPC initiative, like the Structural Adjustment Programme (SAP) of the past two decades, it would be foolhardy for anyone to start dancing to this HIPC initiative, no matter how credible it may seem on paper.

SAP was seen as an initiative that could help create the enabling economic environment for the country to flourish. In fact, those who worked at the Ministry of Finance then had a lot of praise, with Ghana declared as a model for African development. The social cost of adjustment eventually turned out to be unbearable, hence the introduction of PAMSCAD (Programme of Action to Mitigate Social Cost of Adjustment). This therefore means that the funfair on HIPC must wait. That is why I was worried to read in a press release by Hilary Benn, the Britain's Minister for Overseas Development on Ghana's HIPC completion point praising the initiative and referring to a project he saw in Ghana on his visit marked as “HIPC” in Ghana as a sign of a successful programme.

There may be projects benefiting from HIPC alright, but as many civil society groups have explained, HIPC is not the panacea for addressing the economic ills of developing countries. There are more economic truths that need to be addressed, and we should not become economical with stating the truths.

A recent visit to Ghana re-emphasized my belief that there is the need for in-country poverty to be addressed, as it is on the rise.

In today's terms, and compared to four years ago, Ghana is not doing badly. But taking a cursory look at the way the youth in the country have become so much disillusioned about their future because of the lack of real economic openings, there is the need for the policymakers to look beyond the figures.

The fact is that numbers or figures can add credibility to an argument, clinch a deal, or simply illuminate an issue, so it is often difficult for one to question its value. But we should also consider the fact that numbers can also deceive, through misreading or even manipulation. So the big question really is that can we really rely on the statistics we read?

The reality is often less romantic when it comes to African economies, and Ghana is no different. Whereas the business community may give thumps up to government policies, it is always those who are benefiting a great deal that really agree entirely.

This is the case in almost every economy in the world, but there should be more work done in this area when it comes to African economies.

The Ghanaian economy is strong today because just as in the 1980s a lot of support has come from Ghanaians living abroad through remittances. Monies remitted from Ghanaians abroad has gone a long way in helping the local currency hold its own against the major currencies. Today, the remittance industry is the second largest foreign exchange earner to the Ghanaian economy. As a friend said to me once : “A lot more people in Ghana wants to leave the country for greener pastures abroad because of the hardships they face everyday. I read a poll, which revealed that a staggering 60 per cent of those interviewed would like to leave the country at some point, mainly for economic reasons. This is the sort of issue that our leaders must address”.

So far, Ghana has led the way in the sub-region as a more stable and vibrant economy attracting more investors and businessmen. All this has been made possible because of the way democracy has taken root and shaped the conduct of the people- and businesses. It is only by this way that the country can move forward.

But, as the governments seeks to address the economic problems of the country, it must not look just at the figures, because one percent poverty level in one country could mean 1 million people in dire need of help. In another country, it could be only 10 people.

The reality must be addressed that is why economic truth must be told at all times. This is the only way the country could move forward and Ghana could become the middle income economy that it wants to be.