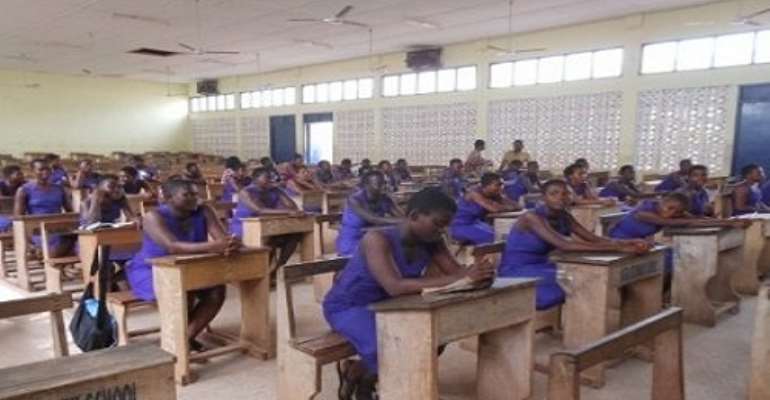 The Executive Director for Center for Social Impact Studies (CeSIS), Mr. Richard Ellimah has raised concerns over recent examination malpractices which are being championed by some remedial schools in the country, which has gone a long way to produce half-baked graduates who cannot fit into the job market.

In an interview with Obuasitoday.com in his Obuasi Head office, the astute Civil Society expert expressed what he calls disappointing at how Ghana has lost its former international glory due to examination cheating.

“Our country used to cherish values of integrity and discipline. Gone are the days when students feared to cheat in exams. The products of our schools were received and respected all over the world” he stated

Pass exams at all cost
Mr. Ellimah mentioned the current trend of foreign institutions exempting Ghanaian students from writing their exams due to what he calls “pass at all cost” which is being promoted by remedial schools.

“Not too long ago Ghanaian students were exempted from writing qualifying exams to British universities unlike Americans, Indians and Pakistanis. Not so today. Exam cheating has been institutionalized, with so many so-called remedial schools springing up all over the place. It is an open secret that their mantra is “pass exams at all cost” he stressed

According to him, it is no more an open secret that some of these remedial schools buy exam papers for their students in abid to enable them pass. Once they pass, these schools become attractive to prospective students who want to pass exams “without sweat”.

Poor First Class Students
Mr. Richard Ellimah went on to give his view on the impact examination cheating is having on university graduates, especially University First Class students.

“Our schools are churning out half-baked graduates who cannot fit into today’s globalized job environment. First class students are no longer capable of critical thinking. They can’t even think outside the box” he stated

Way Forward
When asked what the solution to this canker should be, he had this to say;

“As usual, we talk and lament but nothing ever gets done. So until, we stand up against this canker as a nation, it will be a tradition.

Your dictatorial, political bloodshed will be responded, we ...
3 minutes ago