A Marriage Ordeal In Spain….The Price Of Helping A Ghanaian Lady Get To Europe

By Nii Josh, From Spain 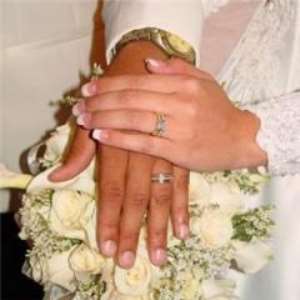 A Ghana man based in Spain, who is only known as George for now, went to Ghana for holidays 10-years ago where he met a lady in her mid 20s. The lady,by named Rita was then a beautician working at a salon.

He proposed love to the lady and she accepted but in 12 weeks later came back to Europe, Spain where he lived.

After 2 months of phone interactions with Rita and falling in love, George went to Ghana, Accra to marry her.

His intention was bring her to Europe for them to raise a family, live as married couple.

Lo, and behold the Spanish embassy accepted the marriage certificate and issued the visa to them.

The man did all documents for her and that became a reliable way for the woman to live in Spain.

They have been blessed with 4-children at the moment.

But since settling in Europe, Rita has never worked to support her family back home in Ghana.

The woman alleged that the husband does not allow her to mingle with friends or relatives at all. She says she does not even go shopping groceries since the husband is so jealous she may be snatched by another man.

She says all these town errands which are supposed to be wifely duties are all being done by the husband and the only thing she does at home is baby sitting and house wife.

According to the man too, even going to church alone, the lady spends extra hours outside and does not feel secured.

The woman goes to church from the morning and comes back sometimes very late or around 7pm all the time.

The husband says he can’t stop her from worshipping the almighty God, but she must also stick to the rules of marriage and respect time.

The woman is now seeking divorce because there has been a recent case where the man attacked her and disgraced her in front of the church during a party that was organized by a group of church members.

The church members, after several complaints from the woman then had good reasons to believe that the man is indeed a jealous worm.

Now, the woman is seeking a divorce but the man says NO WAY!.

She is now living on social care together with her kids by the Spanish government but still wants the man to live upto full responsibilities by taking care of the children.

She has now developed the habit of attacking the man in public, insulting and disgracing him especially at the least sight of him anywhere. Just too much trouble!