We Must Change Our Attitude, We Are Still Behind! 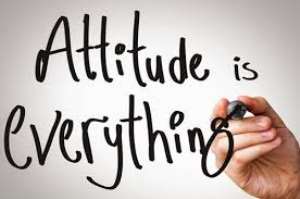 Northern Ghana administratively comprises the three regions of Ghana which lie in the Savanna belt of West Africa; Upper West, Upper East and Northern Region. Geographically, it is boarded to the north by Burkina Faso, to the South by Brong – Ahafo and Northern Volta, to the East is Togo and to the West is Ivory Coast.

Northern Ghana's fair share of natural resources include sheanut trees,Dawadawa trees, Iron ore, salt, abundant land among others. It is blessed with honest, intelligent, hardworking and determined people who however have limited opportunities as compared to their counterparts in the South. Northern Ghana is poor by every indicator of human development.Colonialism is partly responsible for the underdevelopment of the north.

Thanks to the missionaries especially the Catholic Church which opened up the place and built many quality schools including St. Francis Xavier Minor Seminary, Wa, Notre Dame Seminary, Navrongo, St. Charles Seminary, Tamale, St. Francis Girls in Jirapa among other good schools which have produced great sons and daughters for Mother Ghana in particular and the World at large. Nevertheless, much still need to be done to improve upon the level of education in the area since it is only education that can help bridge the north-South dichotomy.

High illiteracy rate in the north often lead to Conflict situation which is a big challenge. Numerous chieftaincy and land disputes,some of which have historical antecedents hamper development in the area. More often than not the youth are used to perpetuate violence which often lead to destruction of lives and property running into several billions of cedis. People who hails from the north and well meaning Ghanaians should not sit and allow their fellow brothers and sisters die like fowls not through any false of theirs but the greediness of some unscrupulous people including some politicians.

These conflicts have led to increase in poverty levels in the area which I am part; and since a hungry man is an angry man; the conflicts seem to have no end. We cannot sit in the cities and allow our future leaders in the north to wallow in poverty and in despair. What affect the people of the north affect the people of the south as well, for this reason; we should all be part of the solution and not the problem. There are huge potential in the north when harnessed will create employment opportunities for the people and can also bring development. Tourists sites of high interest abound in the area include, Mole game reserve, Larabanga Mosque, the mystery stone all in the Northern Region.

The Paga crocodile Pond, the slave camp in Nania, the Tongu hills and shrine in the Upper East Region. The rock pedestals/Mushroom rocks in Wuling near Jirapa, the hippo. sanctuary on the Black Volta near Wichau, the Nandom Catholic church (Minor Basilica) which is the largest stone church building in Africa all in the Upper West Region are just a few of the many tourist sites in the North when well developed and managed will bring development to the people.

Lack of motivation, encouragement often compel most of the youth to migrate to the South especially Accra and Kumasi to look for jobs which are non-existent. The young women end up as potters (Kayayei) which expose them to rape and the vagaries of the weather since most if not all do not have descent accommodation.

Well-to-do people from the north who work in the south and the Diaspora do not want to come back for fear of being killed by witchcraft. This witch craft mentality led to retardation of development in the North for several decades.

Agricultural development as said elsewhere should be pursued vigorously in the North. Northern Ghana has vast stretch of land and I propose that irrigation dams should be constructed to encourage dry season farming. Piggery,Poultry farming is another venture that should be encouraged and supported. Farmers should be given credit facilities, farm implements.

Through this, employment opportunities will be created to solve the many problems confronting the people of the North. We the sons and daughters from the North should know that the development of the north is in our own hands first before a "stranger". No one government can solve all the problems of the north. Jerry Rawlings led ndc government did wonderful works in the north; roads, electricity and other developmental projects which change the north,and we are grateful for that.

The problems of the north can be solved by northerners themselves through commitment, dedication, hard work and peaceful co-existence. Poverty is a human problem and not a natural disaster. Since it is a human problem, it can be solved by human beings. The time has come for all of us to stop the blame game theory as I call it and Marshall our strength with zeal and enthusiasm in unity and progress to help develop the north. Let us live in peace and harmony as one people with a common destiny.

The media do not help in the projection of the north for development. It is common to hear in the news about how journalists misrepresent the north. It saddens my heart when I hear in the news that, “Bawku in the Upper West Region” or “Tumu in the Upper East Region”. This is very unfortunate. It is important that as Ghanaians we understand the culture of others and know the regions of the country as well.

Thanks to Dr. Kwame Nkrumah for introducing the boarding school system to unite the Ghanaian children and Jerry Rawlings for the establishment of the University for Development Studies for student to visit various communities for academic research works. This will help all of us appreciate the diversity in culture in the various regions of the country. The media tend to hype the negative aspects of the north and the least Provocation over here is often likening to the War in Israel. The media should do well in their reportage that sometimes misleading the general public about certain issues from the north.

Accra: One Killed As 4 Cars, 2 Motorbikes Collide At Anyaa
3 minutes ago

Delaying To Release Seed Funds For Purchase Of Cocoa Unprece...
56 minutes ago