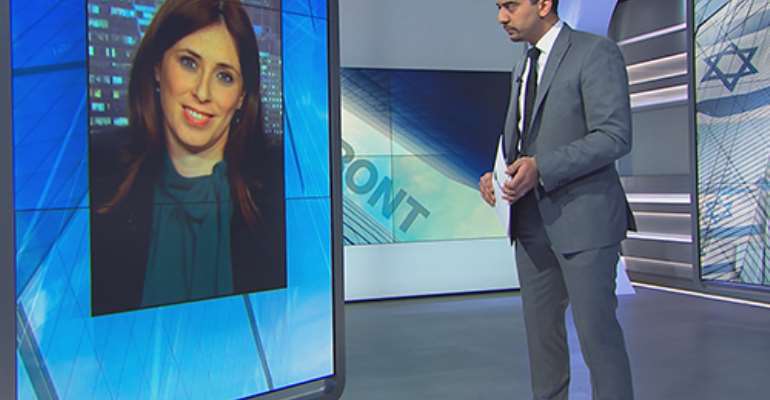 In an exclusive interview with Al Jazeera English’s current affairs show, UpFront, Israel’s Deputy Minister for Foreign Affairs, Tzipi Hotovely, disagreed with both UN Secretary-General Ban Ki-Moon and Israel’s domestic and military agencies on the source of the recent spate of Palestinian attacks.

UpFront host Mehdi Hasan asked Hotovely to respond to a November report from Shin Bet, Israel’s domestic security agency, which said that Palestinians were carrying out attacks to “ escape from a bleak reality which they perceive as unchangeable ” and to the head of Israeli military intelligence’s recent claim that some Palestinians have carried out attacks because they “ felt they had nothing to lose .”

“This analysis is absolutely wrong,” Hotovely told UpFront, adding: “I can give you thousands of other opinions.”

Hotovely also suggested that Palestinians may have been influenced by the rise of ISIL.

“There are many other people that are saying that the Palestinian society today is choosing… the extremist side, under the influence of ISIS, as the atmosphere of the way the youngsters are being raised, and unfortunately also when they’re raised under the very hard incitement of the Palestinian Authority,” she said.

“ISIS denies the right to French to live in Paris peacefully, you need to remember that. This is where the radical Islam is leading us to,” she added.

During the interview, Hotovely was asked 12 times by host Mehdi Hasan if she, personally, supports a Palestinian state. She repeatedly chose not to answer the question, preferring only to offer up the official policy of her government: “I’m representing a government that is declaring in a very clear way on a policy of a two-state solution… I am representing the policy of my government.”

Watch the 14-minute interview below