Alexanda Kotey Is An Anglo-Cypriot ISIS Operative, Not A Ghanaian! 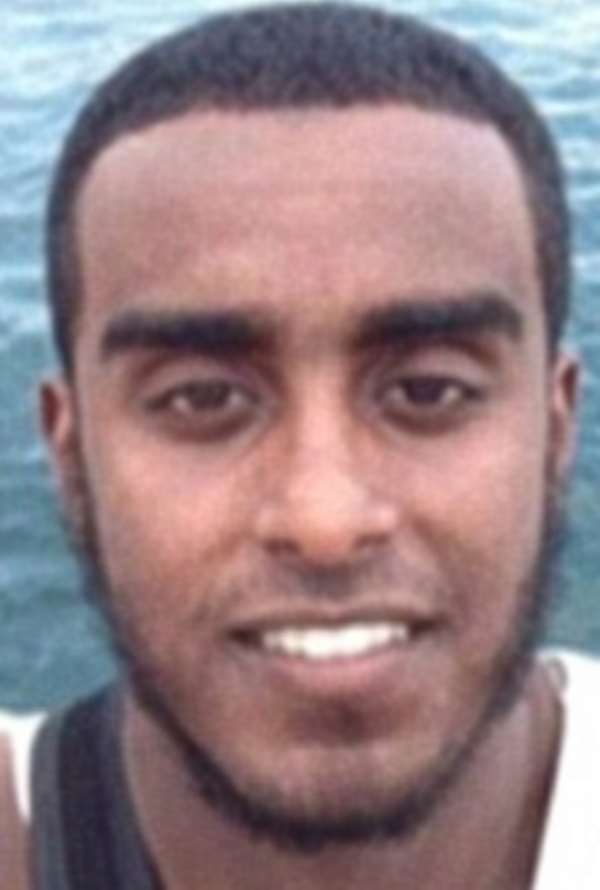 It may be a sly ploy aimed at “naturalistically” roping Ghana into the outrageous vortex of global terrorism, now that President John Mahama has unwisely consented to playing host to Messrs. Bin Atef and Al-Dhuby, the two Saudi-born high-risk Yemeni terrorists detained for some 14 years, each, at the U.S.-operated Guantanamo Bay Maximum Security Prison on the Island of Cuba. His name has been given as AlexandaKotey. No, that is not a misspelling. That is exactly how the Reuters reporter spelled it.

The strikingly Middle-Eastern-looking man is said to be 32 years old and is a member of that ghastly wing of the ISIS/ISIL terrorist organization known as “The Beatles” primarily because, we are told, the members of this group are widely known to speak with a British, and not a Ghanaian or even a globally recognizable African, accent. The members of this ISIS/ISIL wing have often been shown masked and standing over their squat and visibly terrified victims with AK-47’s; they have often either paraded these victims in search of hefty monetary ransoms, failure of the receipt of which has almost invariably ended in the grisly decapitation of these victims, largely Western aid workers and journalists.

Any ISIS/ISIL member labeled as a “Beatle” is obviously no Ghanaian citizen. In the case of Mr. AlexandaKotey, we are reliably given to understand that the latter’s mother was a Cypriot-Greek who either married or cohabited with Mr. Kotey’s father, who is alleged to have been born in Ghana. Now, the mere fact of Mr. Kotey’s father’s having been born in Ghana does not make the ISIS/ISIL “Beatle” a Ghanaian, unless, of course, we are also reliably informed that the younger Mr. Kotey had been born and raised in Ghana with Ghanaian cultural mores. From the look of things, this clearly does not appear to be the case.

For instance, when Mr. AlexandaKotey reportedly decided to travel to the Gaza Strip in 2009, as an aid worker of some sort, it was from London, and not Accra, that he departed. He may also have been born to a Ghanaian father, but absolutely nowhere, at least not just yet, have we been given to understand that Mr. Kotey has ever taken up Ghanaian citizenship or even lived in Ghana for any remarkable span of time.

If these observation hold water, then it is very mischievous for anybody to describe Mr. Kotey as a Ghanaian. His links with “Revolutionary Islamism,” if there is any such terminology, has been made quite clear in the sense that Mr. Kotey is reported to have met a Muslim woman in his early 20s in London by whom the couple had produced two children (See “Another Ghanaian Unmasked as a Member of ISIS” Reuters/Ghanaweb.com 2/7/16). Very likely, it was his affection for this woman that prompted the Ghanaian fathered Mr. Kotey to assume the Islamic faith.

His name clearly indicates that like most Ghanaians of Ga-Adangbe ethnicity, Mr. Kotey’s father was Christian by faith, possibly Christian by birth, possibly a protestant Christian such as a Presbyterian or a Methodist. I haven’t done the research yet, but it well appears that Mr. Kotey’s first name of “Alexanda” is in keeping with the Greek-Cypriot variation of the same. If this observation has validity, then the young “ISIS/ISIL Beatle” was at least brough up as half-Greek, which would culturally make him decidedly a modern Western European rather than a Westernized modern Ghanaian.

Dubbing him as a “Ghanaian” is thus a gross misnomer. It is also quite certain that the handful of Muslim Ghanaians who have recently been reported as having joined the ranks of ISIS/ISIL operatives are not indigenous Ghanaian citizens with lineages going any farther than several decades. Which is not to imply that Ghanaians are, somehow, remarkably any different from the rest of global humanity. The main objective here is to simply limn and to put into perspective the practical reality of the general profile of the bona fide average Ghanaian citizen, vis-à-vis global terrorism.