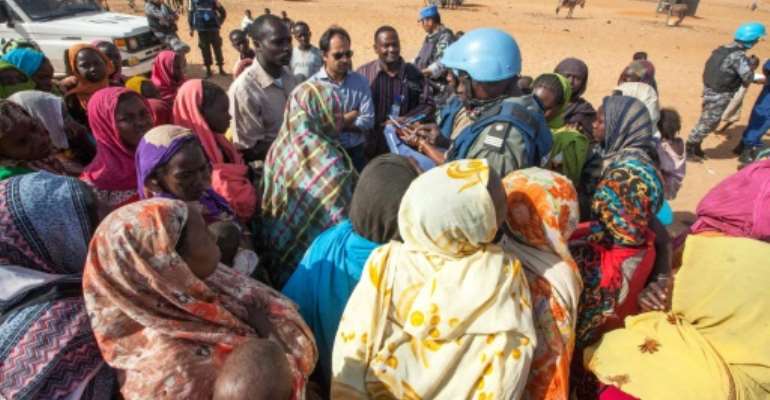 Fighting in the Jebel Marra has flared between forces loyal to President Omar al-Bashir, wanted on war crimes charges relating to the Darfur conflict, and the Sudan Liberation Army led by Abdelwahid Nur (SLA-AW), which has been battling him since 2003.

Conditions for the recently displaced are "pretty dire. They are basically in need of everything," Marta Ruedas, the UN humanitarian coordinator in Sudan, told AFP.

The surge in violence "has seen, as a result, the worst civilian displacement that we have seen in the UN in the past decade" in the Jebel Marra area, where there were also heavy clashes in previous years, she said.

UN agencies have been unable to access some areas to verify the number of people forced to flee, Ruedas said.

"We cannot speak about complete numbers of IDPs (internally displaced persons), because we can only verify a small percentage" due to limited access to the region, she said.

The UN Office for the Coordination of Humanitarian Affairs (OCHA) said some 38,000 people are reported to have fled to North Darfur state.

The situation in Central Darfur is even more difficult to assess because of limited access, with reports of up to 50,000 people fleeing.

The numbers are likely to fall after verification.

The United Nations urged Sudan to allow its staff access to areas hit by the recent clashes in Jebel Marra.

"The Government of Sudan has a duty to facilitate free, full and unhindered access to all conflict-affected areas," the UN Independent Expert on the situation of human rights in the Sudan, Aristide Nononsi, said.

Jebel Marra is a stronghold of the SLA-AW, one of several groups in the western Darfur region that rebelled against Bashir's government 13 years ago, complaining they were being marginalised.

Bashir has been indicted by the International Criminal Court on war crimes charges related to the campaign against the rebels, with the UN estimating that some 300,000 have been killed in the conflict.

Last month's outbreak of fighting came after a period of relative calm in the strife-hit region, following a ceasefire announced by Bashir last year and extended for a month in a speech on New Year's Eve.