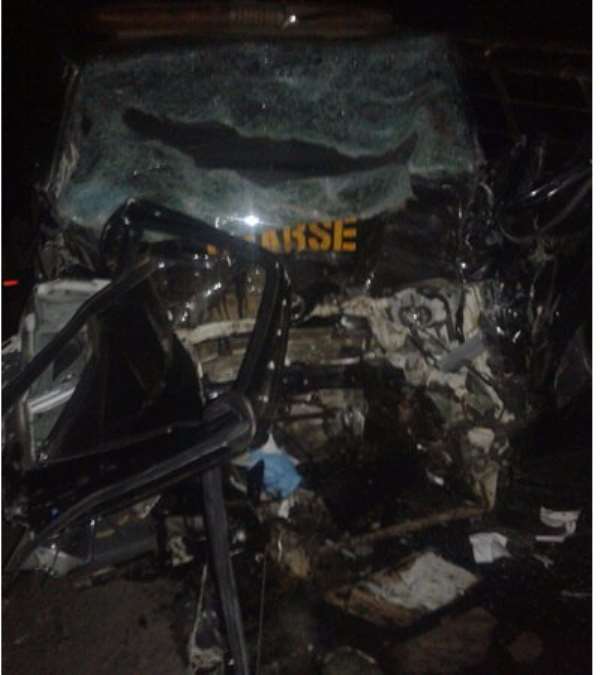 Three soldiers are feared dead in an accident at Dzake-Peki in the Volta Region, Saturday evening.

According to a witness the soldiers were heading to Accra in a Toyota Hiace Hearse vehicle when the accident occurred.

Their bus was said to have collided head on with an oncoming benz bus which was carrying some passengers as well as some roofing sheets, rice, bicycles and some cartridges.

The front grill, windscreen and doors of the Toyota Hiace with registration number 14 GA 96 were dented beyond repairs.

The Benz bus was also left in a state of disrepair as well. It is not clear yet what may have caused the accident.

Scores of passengers in the benz bus sustained varying degrees of injuries and were rushed to the hospital.

The accident happened around 7:00pm.

The eye witness told Myjoyonline.com the accident happened on the stretch of road on the Eastern corridor, a stretch which is fast becoming a death trap.