He Bought A Taxi To Help Him Adapt To Climate Change 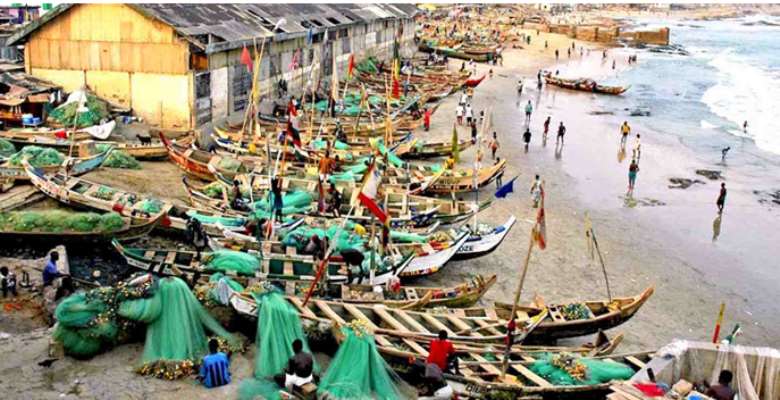 Three weeks ago, I visited Bawku Municipal Assembly, in the upper east region of Ghana; it is one of the most flooded and drought-prone region in the country. The farmers in the district are poor and depend on the produce they grow to feed and support their families. When the monsoon rains arrived each year, the rivers would swell, threatening to flood their farms and ruin their crops.

Continuous rains in the region have also resulted in the uprooting of trees and food stuffs in the backyards while parts of the streets got flooded. Still, they were willing to bet everything on the chance that their farm would be spared. It was a gamble they often lost. There are few dams and dug-outs which they use for dry season gardening.

Farmers also dig into the sand of dry riverbeds to get water. When their crops ruined, they would flee to the cities in search of odd jobs to feed their families. By the next year, however, they would return – often poorer than when they left – ready to plant again.

Crops won’t grow because of too little rain or too much rain. Pests will thrive in the warmer climate and destroy their crops. Farmers in other regions will experience bumper harvest, because their rainfall is bimodal but the farmers in Bawku and other vulnerable places will show up for work each day for the most part empty-handed. That’s why of all the people who will suffer from climate change, they are likely to suffer the most.

After staying in the community for several days, I met a very determined young man helping his community to adapt to climate change by name Mr. Pascal who shared his experience with me.

WHO ARE YOU AND WHAT IS YOUR MOTIVATION?

I am Pascal, a 25year old graduate from Kwame Nkrumah University of Science and Technology and had my training in Agriculture and Climate Change. Actually, my interest in agriculture and climate change began as a young child when I witnessed farmers experiencing bankruptcy and food insecurity issues due to flood and drought which ultimately began to affect my country on a national scale. My uncle who was then in vegetable production had to abandon farming which affects his children not being able to complete their education. This is the driver behind my interest in the overall development of agriculture and climate change in my community.

ARE THE FARMERS OR COMMUNITY AWARE OF CLIMATE CHANGE?

No. The most surprising thing is that people who are being affected by climate change do not know.

HOW DID YOU MAKE THEM AWARE THEN?

I engage with partners and stakeholders on the need for climate change impact awareness in the community and by involving the community in a participatory workshop demonstrating the impacts to them and the measures to curb them.

WHAT ADAPTATION STRATEGIES DID YOU TEACH THEM?

I taught them how to use drought resistant varieties, practice afforestation, plant early in order to take advantage of the early rains, and through communal labour, they were able to build dams for irrigating their crops during the dry season.

WHAT WAS THE IMPACT

The impact was awesome. Most farmers who were not getting a single bag are now harvesting more than ten bags per acre. Also, the children of these farmers who were school drop-out have gone back to school and other farmers were able to repay their loans to the lenders.

HAVE YOU RECEIVED AN AWARD?

My award is seeing the people in my community happy because I always feel proud to give to my community the knowledge I acquired.

WHAT IS YOUR MOST ACHIEVEMENT SO FAR?

In 2013, I visited my paternal uncle at Biriwa, a fishing community in the central region of Ghana. The town for many decades has been exposed to flooding and while much of this is beneficial, indeed essential, for agriculture, in some years it is on a catastrophic scale, resulting in epidemics and thousands of deaths as well as causing serious damage to habitats, agricultural production, fisheries and livestock. My uncle who was then a fisherman in the community had to quit fishing by selling his canoe and relocated to Ejura in the Ashanti region of Ghana and as a national service personnel by then, I had to use my service allowance to help my uncle buy a taxi to help him adapt to climate change.

According to United Nations Framework Convention on Climate Change, people will adapt to climate change simply by changing their behaviour – by moving to a different location say, or by changing their occupation. But often they will employ different forms of technology, whether “hard” forms, such as new irrigation systems or drought-resistant seeds, or “soft” technologies, such as insurance schemes or crop rotation patterns.

Climate change is causing the earth’s surface temperature to rise and increasing the prospect of extreme weather events that will be more frequent and intense. To some degree this will affect everyone, though for a specific location it is difficult to predict how and when such changes will take place. What is certain is that people living in fragile and difficult ecosystems, or in poorer areas of many of the world’s rapidly expanding cities, will become even more vulnerable, with risks to their health, their well-being and their livelihoods.

Action for adaptation can involve many organizations or institutions, but in practice the responsibility tends to fall on the public sector. In coastal zones climate change is likely to affect food and water security, biodiversity, and human health and safety – collective goods and systems for which governments have prime responsibility.