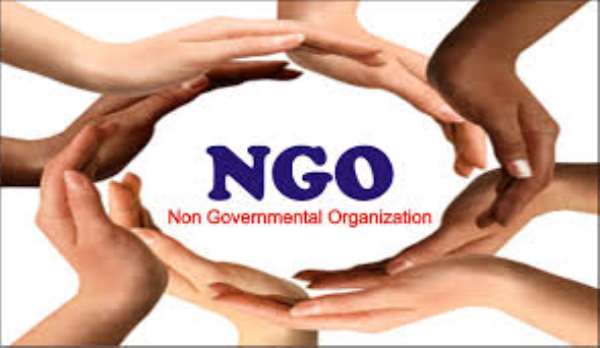 Dr Ndonwie Peter, National Executive Secretary of GNB -G argued that the result of sex was pregnancy, adding allowing 16 year-old girls to consent to sex would truncate their education if they got pregnant since they were often forced to marry those who impregnated them.

He was speaking at the first annual meeting of members of GNB -G dubbed: National Partnership Strategy Development Workshop, in Tamale to reflect on the growth and success of GNB -G in the country.

GNB -G has been operating in the country since 2014 and some of its members that attended the workshop included Care Development Initiative, Centre For Initiative Against Human Trafficking, Ghana Association for Women's Welfare, Glims Foundation, Pan- African Organization for Research and Protection of Violence on Women and Children, and Safe Child Ghana

Dr Ndonwie said the harmonization of such laws to peg the minimum age of girls consenting to sex at 18 years would go a long way to curb the increasing rate of child early and forced marriages (CEFM) in the country.

The country's laws allow girls of 16 years to consent to sexual intercourse but peg the minimum age for a girl to get married at 18 years.

Dr Ndonwie said GNB-G in collaboration with the Parliamentarians for Global Action would meet with Parliament next month to discuss issues about CEFM to curb the practice in the country.

He said the meeting with the Parliamentarians was also to enable both GNB -G to impress on them (parliamentarians) to see CEFM as a serious issue and talk about it in their engagement with their constituents as well as join hands with civil society organizations to work to make the country free of CEFM.

Mr Wumbei Dokurugu, Programme Facilitator in-charge of Education for Change Programme of IBIS in Ghana, attributed CEFM to social and cultural practices, saying the practice truncated the education of victims thereby affecting their potential to contribute to the development of society.

A representative from the Christian Children Fund of Canada, an international non-governmental organization, said the organization had had some experience in implementing a project on CEFM and called for involvement of all actors to ensure success. GNA