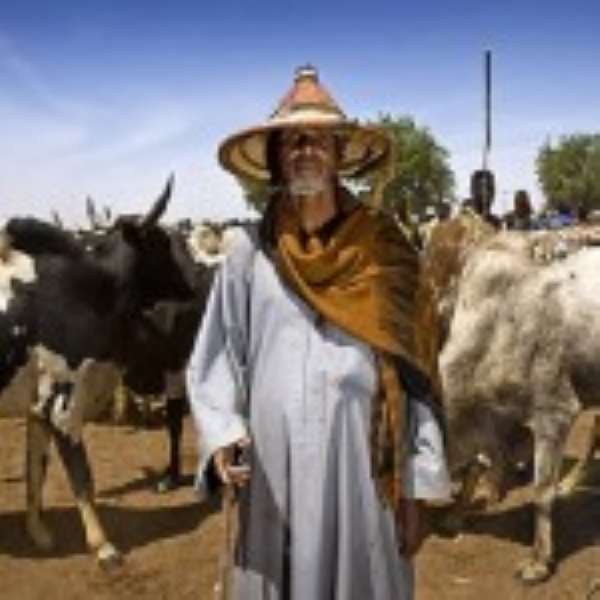 The elapsing week has been dominated by the menace if you like, the bloodletting of the Fulani in Agogo, Ashanti Akyem, in the Ashanti Region.

It does look like the subject would continue in the opening week especially as the security agents appear to have been given the order to flush out the killer nomads; developments which would provide fresh fodder for the media to feed on.

Ghanaians are all ears anticipating what the outcome of the exercise whose codename we are yet to hear will be. Perhaps it could be something like “Operation Free Agogo or even Operation Muumuu.”

If the action of the nomads has caused so much anguish and apprehension, the response of the indigenes was one which made the most worrying headlines in the twilight of the week.

When a group of people entrapped by unscrupulous foreigners decide to take the law into their hands for want of effective security from the authorities, government should be concerned.

Firefight
Imagine the indigenes in a firefight with the Fulani nomads, the frontline being the outskirts of Agogo with the asafo company firing rapidly from their defence positions as the invaders charge: no government would fold its arms when such a scenario unfolds anyway.

The acting Inspector General of Police John Kudalor, the man responsible for internal security management and some top Army Generals descended upon the town to assess the situation further. But unfortunately this has not cleared the doubts of cynics who think such visits are not enough to flush out the nomads.

I can see the military playing the most critical role in this operation: it is a typical operation involving attack procedures, the domain of soldiers.

Under normal circumstances, though internal security operations are led by the Police with the military providing support, not this one which requires encampment in the field and therefore demanding sufficient knowledge of field-craft and other tactical movements.

There are signs it would appear that the top hierarchy of the security system seeks to make an indelible mark in the war against the nomads and this dampens the position of cynics.

Woes Of A Best Farmer
The Ashanti Regional Best Farmer a couple of days ago presented a harrowing narration of what he suffered at the hands of the nomads and his resolve to engage the pasture seeker when they turn up again.

His position, he said, was informed by the level of destruction by the cattle and how his earlier bravado when he engaged them paid off. More so he claimed the number of policemen in the town is not adequate to take on the Fulani herdsmen who would do anything to ensure that their cattle are unhindered in their quest for forage.

The cattle, he explained, have eaten up plantain and cassava farms; the repercussion of which he said lies in, as he put it, the shortage of foodstuff that awaits the country, the Agogo being an important source of substantial quantity of farm produce.

Edmund Asiedu is one man whose conviction that the security agencies are responding adequately would go a long way in calming nerves in Agogo and beyond. This is not forthcoming because losing some GH¢25m to the destructive cows has shaken him so much that it would take more than a visit by the top hierarchy of the security system in the country to give him hope.

He knows so much about the Fulani that there is no gainsaying the fact that he can easily differentiate between the alien Fulani from those who are part of the Agogo community.

According to him, the nomads come to Agogo during the dry season a period when the harmattan wind dries up vegetation in the Northern parts of West Africa.

Sometimes, he said, farmers plead with them to keep their cattle away from their farms. While some of these entreaties are turned down any attempt at confronting them could lead to fatalities.

Protection
The nomadic Fulanis would do everything to protect their cattle if that demands turning to their firearms. Possessing firearms these days is something relished by most nomadic Fulanis.

Recently a 16-year-old Fulani killed an Agogo man because it could be that the man sought to protect his farm from the destructive cattle.

.
It is also alleged that some Fulani occasionally rape women, another source of tension between the people of Agogo and their uninvited guests.

Dozens of Agogo indigenes have lost their lives to Fulani herdsmen something which is now a source of worry to their counterparts who live in town and have long been assimilated.

There are countless descendants of Fulani all over the country some of them finely assimilated into the local indigenous tribes, in especially the Zongo communities.

Flushing the Fulani from Agogo cannot be described as a holistic measure potent enough to obviate a future recurrence. Would they not return in future? What about the other parts of the country they could move to and perpetuate similar atrocities? Flushing them into neighbouring countries would have been the most appropriate thing to do but the feasibility of this suggestion and the logistic challenges it would pose is another kettle of fish.

The Fulani are the most ubiquitous ethnic grouping in West Africa. The nomadic ones can be differentiated from their kinsmen who are town dwellers and who do not move cattle around in search of pasture.

Although they are in every country in West Africa, the Fulanis do not constitute the majority in any of the countries, safe in Guinea, where they dwarfed others in terms of numbers.

The Hausa/Fulanis who constitute an important power-broking ethnic grouping in Nigeria, are the product of intermarriages between the Hausa and the Fulani.

The Fulani especially the nomadic ones are masters of the bush for who West Africa is one large area and borderless. Their navigational skills are unsurpassed, a quality which enables them to traverse the sub-region at will and without hindrance.

They would enter another country with the immigration authorities unable to track them down. After all they know the terrain better than such officials.

Upon reaching rivers they are able to cross easily just holding the tails of their animals. Cows can cross rivers easily especially since they won't sink.

The nomadic Fulani can move their herds of cattle from Sokoto in Nigeria to Agogo or Kintampo in the Brong Ahafo Region through the bush relying on their age-old natural navigational skills.

Masters of The Bush
They can countenance any carnivorous animal on their way with ease as they can with dangerous creepy reptiles. As masters of herbal medicine, they are confident when they embark on their journeys in search of pasture.

Apart from the destruction caused by their cows, some Fulanis have found in armed robbery a profitable pastime.

For a long time, the Northern Region had been spared the menace of these robbers. Their debuting into the dangerous underworld of armed robbery has changed the impression many people now have about them in this part of the country.

For the nomadic Fulani today, they are not only associated with the destruction of farms but outright armed robbery.

In the Kintampo area in the Brong Ahafo Region, Fulani armed robbers are so active that long distance buses must mandatorily wait to be escorted by armed soldiers when it is close to midnight. These escorts accompany these convoys until they reach the outskirts of Buipe in the Northern Region outside their active areas.

They are able to quickly dash into the bush when they complete their criminal operations.

In the Gushegu area last year, some market women were ambushed by a group of Fulani robbers who made them to lie on the highway. Unfortunately for them, another vehicle approaching the place drove into the women killing many of them instantly.

Perhaps now that matters pertaining to the nomadic Fulani have reached a head, the authorities would be prompted to consider a long term response. But as pointed out earlier, flushing them from one part of the country just means they could move to another carrying along their trademark destruction of farmlands and armed robbery activities.