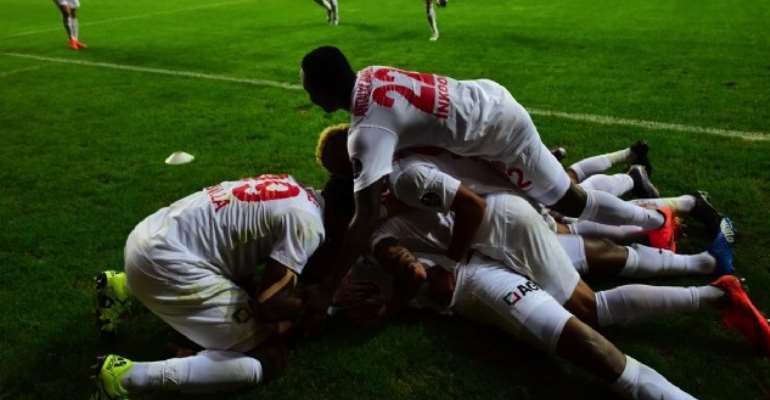 Ghana international Samuel Inkoom who is enjoying his football again has credited fans of Antalyaspor for their 4-2 victory over Turkish league leaders Fenerbahce.

Inkoom who was in full flight in the game hailed the fans who created an incredible atmosphere in the Stadyumu Antalya [ Antalyaspor Sports Stadium] for their role in the victory.

'The fans deserved the performance we gave because we had lost grounds a bit in the league,' the Ghanaian told Ghana's leading football website GHANAsoccernet.com

'They pushed us and gave us all the energey and I think they deserved the victory yesterday.'

"They have been incredible since i arrived and its fair to say that its the best thank you we can give them."