2 Soldiers Gunned Down In Bole [PHOTOS] 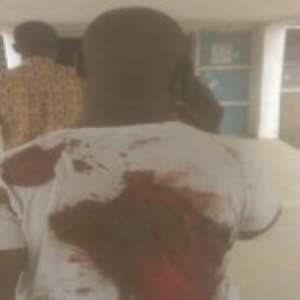 Two soldiers who were part of Bole District Security Council team en route to a glamsey site have been gunned down by yet-to-be identified armed men in the Northern Regional town.

The unidentified soldiers were said to be among a team which consisted of the District Chief Executive (DCE), Police Commander, and the Commander of the Ghana National Fire Service (GNFS).

Local Journalist, Rebecca Natognma reported on Adom FM's Midday News Friday that the soldiers died during a cross-fire with the armed men at Dollar Power, a community notorious for galamsey activities. 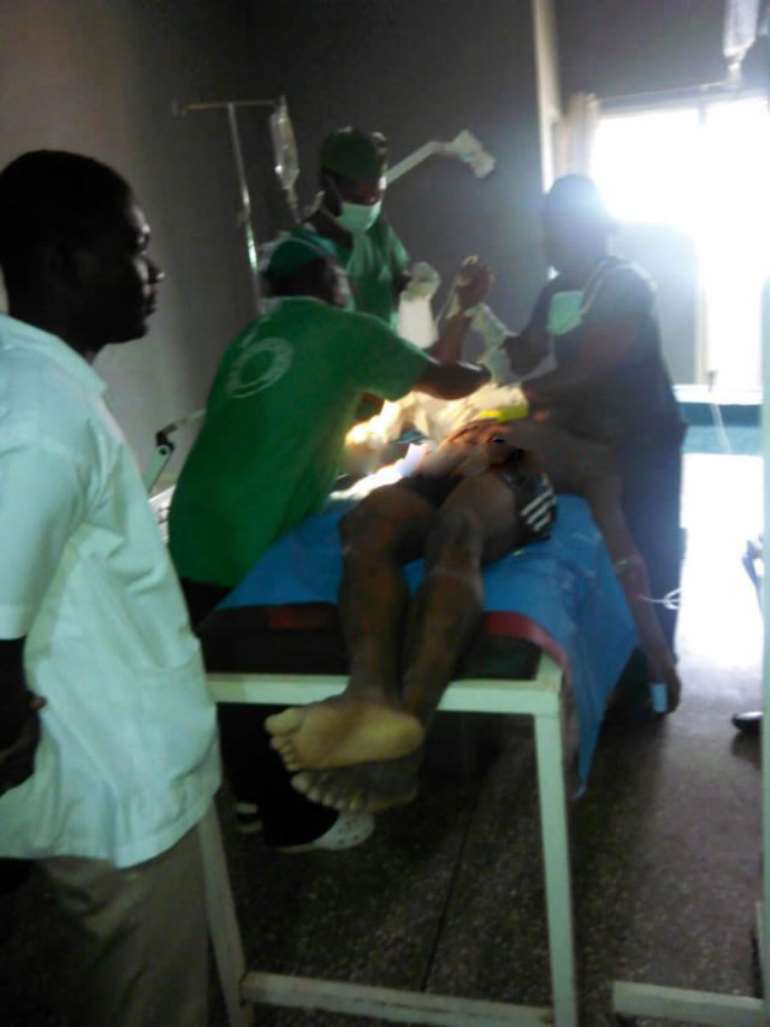 A victim being operated upon at the theatre

According to her, five persons including the Fire Service Commander were hit by the bullets fired by the armed robbers.

The injured and the dead, she said have been rushed to the Bole hospital.

None of the robbers have so far been arrested.
– adomonline