Sex worker 'surgically removed from client after he died during sex' 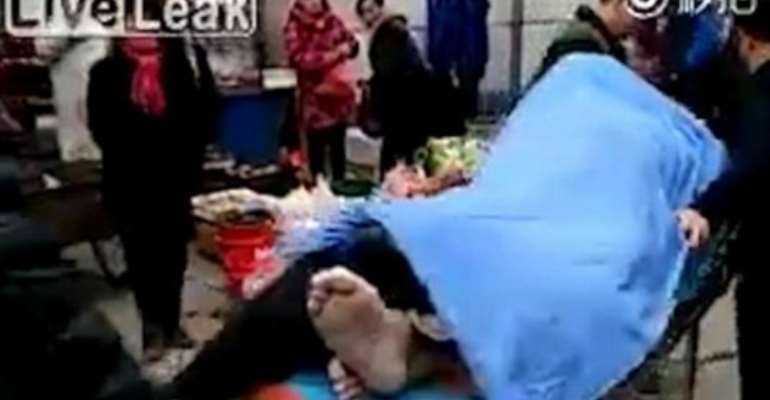 A video has emerged that apparently shows a prostitute stuck to an elderly client who died on her.

Hidden under a blanket, the footage is purported to show the prostitute on top of the man while still attached at the genitals.

The video was first posted on Miaopai – China’s version of YouTube – before it was put onto Liveleak.

The exact circumstances of what happened and how the pair came to be stuck together in such a way are unclear.

They were taken to hospital where it is believed they were separated before his body was taken to the morgue.

People have previously become stuck together during intercourse through something known as penis captivus.

This is where the vagina clamps down on the penis – a rare occurrence that normally rights itself once things have calmed down a bit.