Your Doctor Will Be An App And That Is Fine 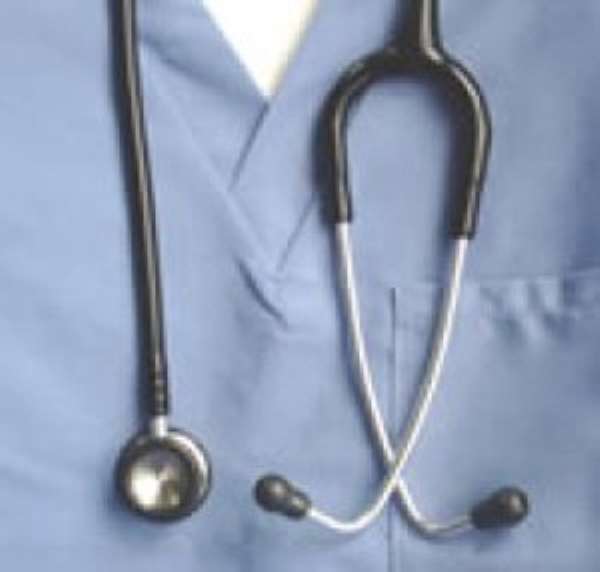 It's 11 past 8 in the evening, and I'm looking out my window from my desk in downtown Dallas. It is way past rush hour, the time where most workers drive back home. If you've lived in Texas, you know that owning a car is a must. I've paid close attention to the kind of cars people drive in the city. Of course, Texans love their big Chevy trucks with monstrous tires and grating exhausts. However, Maseratis and Teslas are very popular vehicles to spot in traffic.

Just today, I've seen more than five Tesla Model S sedans from my office window. What excites me the most about the Tesla fleet is the recently released autopilot and summon features that allow Tesla vehicles to cruise on their own with little to no assistance from the driver. The 'coolest' part of Tesla's technology is the ability of individual cars to 'learn' the nature of the road and send that information to the Tesla cloud. This data is then fed to other vehicles in the fleet.

For example, if my Tesla fails to take a sharp curve correctly, it will transmit information about that portion of the road to Tesla's cloud. This data will be passed on to other Tesla vehicles so that the next car will do a better job of taking the same curve. As more Teslas clock more miles, the fleet and the autopilot feature is only going to get better. According to Tesla, the data they receive increases by 1.5 million miles per day. That is almost 60 times more than the circumference of the earth.

You might be wondering what this has to do with healthcare. Well, we need Tesla-like technology in healthcare, especially in developing countries. Healthcare technology in emerging markets should be built for the future and powered by contributions from various sources.

Often, medical interventions designed for developing countries, especially those in sub-Saharan Africa, tends to be decades behind what is available in more advanced countries. They are usually intended to manage the problem rather than solve it. Take as an example the fight against malaria. Mosquito nets have been distributed extensively across Africa. Yet, the continent continues to record the highest rates of malaria-related deaths. Sadly, these solutions are still being introduced in the fight against infant and maternal mortality, HIV/AIDS, and other important public health issues.

Earlier last year, I was privileged to join the Harambe Entrepreneur Alliance, a group of young African entrepreneurs from elite schools in the United States, Europe, and Asia. During one of the Harambe sessions at Harvard Law School, I listened to a visiting professor insist that mobile solutions for Africa should be designed to work with feature phones since that is the most common mobile device. This line of thinking is widespread. A lot of initiatives targeted at building 'apps' for the Nokia 3310 are funded by top academic institutions and organizations.

You wouldn't expect any serious developer to spend time building an app for a pager or Motorola's DynaTAC. Well, this is happening. We're developing technology for yesterday.

One might argue that Africa and the rest of the developing world for that matter lack the right infrastructure to support these so-called bold and modern initiatives. Ghana, for example, is experiencing a crippling power crisis. Images have emerged of doctors and nurses delivering a baby with flashlights from their phones. Despite all these challenges, I firmly believe that innovation is our ability to build compelling technology notwithstanding the lack of good infrastructure.

Also, just as most countries leapfrogged landlines to adopt mobile technology, I expect developing countries to skip laying fiber optic cables. Instead, projects like Facebook's internet.org and Google's Project Loon, which aims to fly WiFi connected drones and balloons over developing countries will be the source of connectivity for most people in rural areas.

At Peach Health, we're investing in building technology for the future. We believe that computers will play the biggest role in the diagnosis, treatment and detection of disease. There is no better place to utilize such a solution like emerging markets.

+ Facilitating easy to provider-to-provider communication and sharing of information.

+ Equipping patients to communicate with their healthcare providers through mobile and other connected devices.

+ Finally, using data accumulated from the above goals and other sources to diagnose diseases and predict outbreaks.

Building a robust medical records system is even a challenge for companies operating in the advanced countries. However, with the right ideas, the needed skills and a good understanding of the target market, a viable, highly useful and robust solution can be developed. At Peach we believe that for electronic medical records to work in developing countries, it must be strictly mobile, be able to function without a data or power connection, be easy to use, cloud-based and highly interoperable. All these features are in our mobile EMR. The ability for doctors to electronically send prescriptions, communicate with other providers and receive laboratory results in one app delivers on the promise of care continuity and allied health.

But that is just the tip of the iceberg. We're excited and interested in what we can do with all the data from anonymized medical records, prescriptions, diagnosis and lab investigations. Throw in socio-economic data, demographics, and information about previous disease outbreaks and we will have a war chest of actionable information.

With this information, our Peach platform will be able to diagnose skin conditions using a camera lens, detect other illnesses by entering vitals and symptoms, and even offer prescriptions. Lower level providers can deliver a higher standard of care by using our platform. You can have a community health officer diagnosing and treating skin conditions with the accuracy and reliability of a renowned dermatologist.

We're convinced that this approach will lead to sharp increase in access to quality healthcare. Many disagree with this approach and are quick to point out the limitations of artificial intelligence in treating patients. Conventional wisdom suggests that training more health care workers and building brick and mortar hospitals is how quality care will reach the masses. We disagree.

In 2010, Ghana had a doctor to patient ratio of 10,483:1. In 2011, it marginally improved to 10,0321:1. The World Health Organization recommends one doctor to a 1000 people. Ghana and Africa for that matter cannot meet this target even in the next three decades. It takes about seven years to train a doctor and another two to five years of residency. Also, the continent continues to hemorrhage it's top healthcare professionals to more advanced economies like the United States and England. Bridging the gap will take a very long time. Instead of focusing ALL our resources on training more doctors and nurses, which is noble, Perhaps, we can make investments in computer-assisted diagnosis to supplement the efforts of the existing healthcare workforce.

In case you are concerned about computers taking the jobs of healthcare workers, don't be worried. It is true that computers will replace a lot of jobs, and that is totally fine, but does is several years away in health care. Think about this, in Ghana, there are only 25 known dermatologists in a country of over 25 million people. These dermatologists are far from losing their clients even with the Peach platform.

But we don't want to leave it at just diagnosis and prescriptions. We're designing our platform to be capable of predicting disease outbreaks, spotting areas likely to have high maternal mortality rates and epidemics long before they occur. Imagine being able to predict the likelihood of an Ebola or meningitis outbreak with a degree of certainty. And just like the fleet of Tesla vehicles, we will only get better at these things with the more data we receive and process. Well, enough of the machine learning & artificial intelligence kool aid. Very soon, you will be taking your hospital appointment with our peach A.I rather than Dr. Adjei.

More Opinion
ModernGhana Links
MEDIA TODAY: Objectivity, Vendetta or Bootlicking. Democracy in Ghana cries
Why I Will Not Recommend Johnson Johnson One Shot Covid-19 Vaccine Use In Ghana. My Unpopular Opinion
How Businesses in Northern Ghana and other Zongo Communities are managed
Rising levels of unemployment in Ghana : A ticking time bomb
The Youth Don't Need Empty Promises Anymore But Action Words
Don't Pollute The Minds Of Those Willing To Support The Construction Of The Cathedral
Attributes That Make Great Leadership
CJ $5 Million Bribery Allegation: Meritorious Or Counterintuitive? (1)
The Usefulness Of The Teacher Unions In Ghana Is Over And As Such They Must Be Dissolved Immediately
TOP STORIES