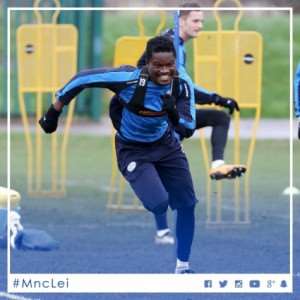 
Ghana defender Daniel Amartey must pass a late match fitness test to mark his debut for Leicester City against Manchester City on Saturday.

The 21-year-old, who joined the Foxes from FC Copenhagen, has held series of training sessions with the high-flying English side.

The Ghana international has been working out with the team's fitness coach and manager Claudio Ranieri has revealed the youngster will be assessed before thrown into the hat.

'I want to think a little more, I want to speak with my fitness coach and him and then I'll decide,' said Ranieri of Amartey. 'It's just [his] fitness. He's trained every day with us. Everybody is okay.

Amartey has been touted as the team's 'joker' due to his versatility.