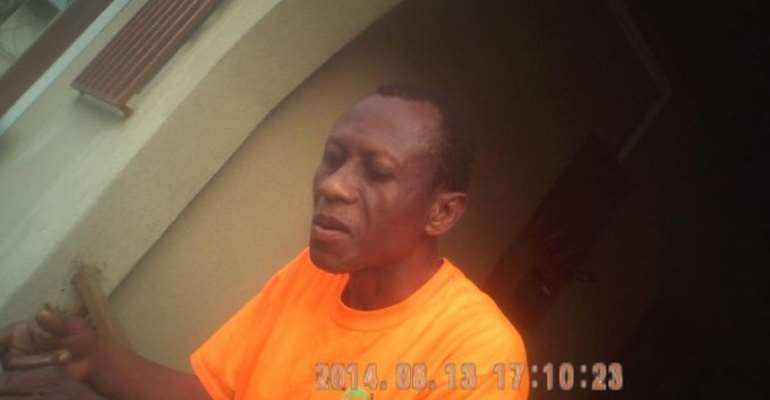 Three embattled High Court judges have brought yet another writ to the Supreme Court challenging processes to remove them.

Justices Mustapha Habib Logoh, Paul Uuter Dery and Gilbert Ayisi Addo are challenging the capacity of journalist Anas Aremeyaw Anas’ Tiger Eye PI to petition the President for their removal from the Bench.

The three are fighting attempts to remove them after they and others were accused of trading justice for monetary and other material benefits.

Tiger Eye PI compiled audio-visual recordings of alleged activities of the judges which formed the basis for their petition to the president.

But in a writ filed at the Supreme Court Thursday, the three are seeking “A Declaration that the Petitions that the 1st Defendant (Tiger Eye PI) filed with the President of Ghana for the removal of the Plaintiffs as Justices of the Superior Court are inconsistent with and in contravention of Article 146(3) of the 1992 Constitution as the 1st Defendant lacked legal capacity to file the said petitions. “

The justices are insisting that the President’s referral of Tiger Eye PI’s petitions to the Chief Justice to determine whether there was a prima facie case against them was “inconsistent with and in contravention of Article 146(3) of the 1992 Constitution as the 1st Defendant lacked the legal capacity to file the said petitions.”

They say Chief Justice Georgina Wood’s invitations to the judges to respond to the petitions also violated the constitution.

They want a declaration by the Supreme Court that the determination by Chief Justice that there is a prima facie case for Justice Ayisi Addo “to answer is inconsistent with and in contravention of Article 146(3) of the 1992 Constitution” Tiger Eye PI “lacked the legal capacity to file the said petition.”

As evidence of their claim that Tiger Eye PI lacked capacity to bring the petition, the three justices produced a number of letters.

One of the letters is from the Interior Ministry states that, “Records available in this ministry indicates that the Tiger Eye PI Media Limited was licensed as a private security company by this ministry in 2010 but later the name was changed to Stallion Tiger Limited in 2012.”

The letter added that its records showed that “Tiger Eye PI is the same as Tiger Eye PI Media Limited.”

The justices want “An order nullifying the petitions filed by [Tiger Eye PI] with the President of Ghana against [them] as it had no legal capacity to file the said petitions.”

Justice Dery has been filing cases upon cases against his removal.

He brought a case at the Supreme Court arguing that Anas and Tiger Eye PI breached the constitution by publishing the contents of the audio-visual recordings which formed the basis for the petition against him.

He further stated that the Chief Justice also breached Article 146 of the constitution by writing and making public letters relating to the proceedings.