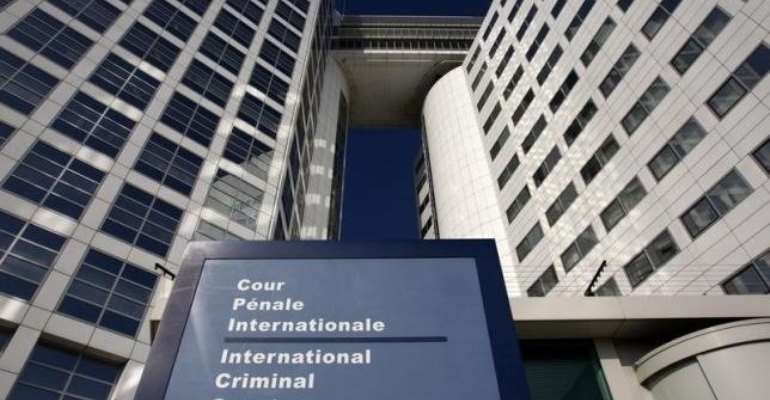 The Africa Center for International Law and Accountability (ACILA) has urged member states of the African Union (AU) to concentrate on preventing international crimes from occurring and, if they occur, prosecute persons who commit these crimes to avoid prosecution by the International Criminal Court (ICC).

To this end, African states and not the ICC, hold the key to solving the perceived problem of targeting of African leaders by the ICC.

In a statement signed by Mr. William Nyarko, Executive Director of ACILA, he explained that ICC operates on complementarity, meaning that the ICC only steps in as a court of last resort when states are “unable or unwilling” to prosecute persons for international crimes, notably genocide, crimes against humanity, and war crimes.

“This also means that a state may ratify the Rome Statute, which set up the ICC, and not have to worry about having its leader or citizen appearing before the ICC if the state takes steps to prevent international crimes from occurring or prosecutes its citizen when these crimes are committed”, he said.

The statement came following a decision by the African Union to back Kenya’s call for the withdrawal of member states from the ICC. It was not the first time that a call to boycott the ICC had been made, but it was the first time that the AU as a body had backed such a call. South Africa and other African states had earlier threatened to withdraw from the ICC.

Commenting on the perceived targeting of African leaders by the ICC, Mr. Nyarko said that while it is true that the majority of cases that the ICC had prosecuted involved African leaders, the facts do not support the charge of targeting by the ICC, noting that an examination of the charge of targeting should take into account the frequency of international crimes on the continent, whether African states were able or willing to prosecute alleged perpetrators, and who referred the cases.

He said that out of the nine situations prosecuted by the ICC, African leaders themselves referred the majority of these cases to the ICC, an indication that African states were “unable or unwilling” to prosecute these alleged perpetrators, sometimes for obvious security reasons.

“Considering that the three ways that the ICC becomes seized of a case, including state referral, “proprio motu” by the ICC prosecutor, that is, the prosecutor acting on information, and a referral by the United Nations Security Council, the preponderance of referrals by African states themselves is very significant in challenging the viability of the issue of perceived targeting by the ICC”, he added.

On the oft-repeated issue about why former President George Bush, Prime Minister Tony Blair and Vice-President Dick Cheney had not been brought before the ICC while African leaders were before the ICC, Mr. Nyarko said that the counter argument is that the crimes that some African leaders had been prosecuted were not committed by Bush, Blair or Cheney; they were allegedly committed by Africans, noting that if Bush, Cheney, or Blair had committed the crimes in Africa and African leaders had been prosecuted instead of Bush, Cheney or Blair, then the issue of targeting would become viable.

He said that the fact that Bush, Blair, or Cheney had not been brought before the ICC for their alleged role in the Iraqi invasion does not mean that Africans should not be brought to trial at the ICC, adding that the US had not ratified the Rome Statute and a referral by the UN Security Council will be vetoed by the US.

"All lives matter, but in the end, we, Africans, must take care of our own problems and not be detained by what allegedly occurred in Iraq to prevent us from acting to stop impunity on the African continent…We need to provide victims assurance against impunity and we can do this by prosecuting people when these crimes occur either through our own domestic courts or continental courts.”

Mr. Nyarko, however, regretted that in many instances when Africa had to act, it had failed to do so, citing several cases, including the genocide in Rwanda, Darfur, Central African Republic, Uganda, and now Burundi.

The African Union has indicated that it will establish a continental criminal court to prosecute international crimes currently within the jurisdiction of the ICC, but while welcoming the idea, critics doubt that the proposed court would be effective since African leaders had already given themselves immunity from prosecution while they are in office, a clear violation of international criminal law where no immunity is available.