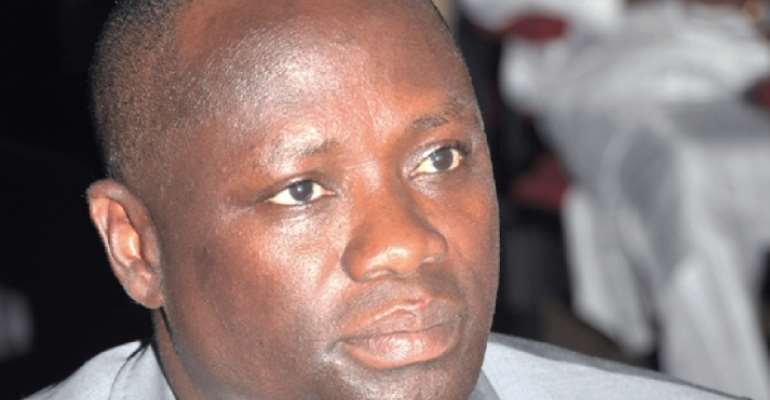 Government has described calls by the New Patriotic Party (NPP) to have the Italian Prime Minster, Mateo Renzi, review the terms of the ENI-Sankofa gas deal as needless because its claims are misleading.

The opposition party called on the Italian Prime Minister, during his two-day visit to Ghana, to review some of the terms in the ENI-Sankofa deal to maximize mutual benefits from the project.

Find below Government's full response to the NPP concerns

Accra, February 4, 2016. - The Ministry of Petroleum's attention has been drawn to a statement issued and signed by the Director of Communications for the New Patriotic Party, Nana Akomea on the OCTP gas project. The statement which was captioned: 'NPP WELCOMES ITALIAN PRIME MINISTER, RAISES QUESTIONS ABOUT ENI-SANKOFA DEAL' sought to create some confusion in the minds of well-meaning Ghanaians particularly as the issues raised are not factual and therefore misleading.

The Ministry therefore wishes to set the records straight by responding to the issues as raised in the statement.

NPP: The Government of Ghana's provision of financial terms to ENI and its partners of 20% return on investment, instead of the normal 12.5%, is an unusually high rate for commercial transactions of this nature, especially as GNPC assumes all the risk in the project.

RESPONSE: The Government did not provide a guaranteed 20% to the partners. The rate of return on investment for this project is less than 12.5%.

Usually individual partners use different criteria for deciding whether or not to proceed with a project. In doing so, they normally discount past cost on investment. In the pricing negotiations for this project the parties considered the full cycle economics which includes past costs, future costs and potential returns. Under this approach the rate of return was less than 12.5% within an environment of high oil prices. So given significant reductions in oil prices today the return to the investor will even be lower on a full project life cycle basis.

It is also not true that GNPC is assuming all the risk in the project. The partners took a significant portion of the exploration risk amounting to about a billion dollars and are expected to spend about 95% of the development cost for 50% of the overall benefits.

NPP: The negotiated gas price of $9.8/MMBtu for gas from the Sankofa fields is too high by world standards, of between $5-7/MMBtu. It is even higher than the price of gas sold to Ghana from Nigeria, which stands at $8.3/MMBtu, delivered at Takoradi. It is even more expensive than our own Atuabo Gas price of $8.8/MMBtu delivered at Takoradi. At the negotiated gas price of $9.8/MMBtu, it puts to great risk Ghana's potential of becoming the Petrochemical hub of the region to Nigeria, due to that country's lower gas prices.

RESPONSE: The price of gas in the Sankofa Gas Sales Agreement is determined by a number of factors. This includes:

The headline price, which is US$9.8 per million British thermal unit.

The cost of developing the field and operating it for 20 years.

Interventions by the GNPC to reduce financing costs, which would reduce the gas price by as much as US$1.65 per million British thermal unit (MMBtu).

The concept of world average price for gas as a comparator is erroneous since we are dealing with the price of delivered gas at a particular delivery point. For example, if gas is produced in the US, by the time it arrives in Ghana in the form of LNG, would have been priced at more than US$15 /MMBtu. Even at today's oil price (say, US$30), LNG landed price in Ghana would be more than US$8/MMBtu.

In addition, comparing Atuabo gas to the Sankofa gas is misleading. Atuabo gas is associated gas, which was priced at zero. The zero price was negotiated for a foundation volume of 200 Bcf. This was possible because the associated gas was a bye product of a very lucrative oil project. Beyond 2020, when the foundation volume would have been exhausted, the price of Jubilee gas would cease to be zero. Another key feature of the Sankofa gas price is the fact that about 50% of the proceeds would accrue to the State in various forms, including taxes, royalties, as well as GNPC's 20% stake in the project.

NPP: This agreement compels GNPC to buy up to 90% of ENI produced gas at a higher negotiated price of $9.8/MMBtu for 20 solid years. This gas sales same agreement is further guaranteed against default by three guarantees - the government of Ghana, the World Bank and GNPC - amounting to some $750 million. Furthermore, GNPC, after buying the gas from ENI at a guaranteed price stands the risk of losing its market (VRA, IPPs, petrochemical industries) to other cheap gas suppliers.

RESPONSE: The Agreement reached contains a take-or-pay volume of 90%. Such requirements are standard terms in gas sales agreements in our part of the world where the gas market is not developed. In return we are assured of 90% availability of gas from the ENI field, which compares favourably with other less reliable supply sources whose effective prices are higher if we factor in the cost of short term alternatives.

It should also be noted that the 90% is also a commitment by the Contractor to supply same volumes, failure of which attracts penalties in the form of lower price for the gas.

The price of Jubilee and WAGP should be adjusted for the costs of other, more expensive, alternatives as Jubilee and WAGP are highly erratic. It must be stated that to date, Ghana has not been able to implement the terms of contract with WAGP. This has been a major contributor to the prolonged energy challenges that have bedeviled the country. In addition, interruptible supply of gas affects the operational efficiency of power plants, thereby leading to higher cost of power.

The issue of security for the project - from the World Bank, Government and the GNPC - is standard industry practice and is typical in gas commercialization projects in countries where the gas market is not developed. This explains why the World Bank supports this arrangement. It is important to emphasize that the Government's portion of the security is only the last resort which only kicks in when the value chain ceases to work. That is why Government is implementing the bold reforms within the energy sector to forestall such occurrences. In essence if the value chain works, and SOEs in the chain are viable, there would be no need for this level of security.

NPP: Ghana also guarantees additional free cash flows to the company by allowing them to write-off 7% interest on all commercial loans from project revenues, when the normal provision is between 2-3%. This also reduces Ghana's potential tax revenues from this project by over $160 million. No other companies, whether from Jubilee or TEN, have been given this same rate of 7%.

RESPONSE: It is equally not true that Ghana guarantees additional cash flow through write off of 7% interest on commercial loans exclusively to this project. There is evidence that other companies in the Petroleum sector have borrowed at near or higher rates than the 7% referred to and have benefitted from tax deductions as provided under the law governing petroleum operations.

RESPONSE: Comparing the development costs of Ghana's three leading fields - Jubilee, TEN and Sankofa, is completely out of context. Jubilee and TEN are essentially oil fields, whereas Sankofa is principally a gas project. The investment requirement for any field depends not only on reserves and water depth, but also the complexity of the sub-sea infrastructure, proximity to existing infrastructure (in the case of gas, pipeline network).

Additionally, the statement compares only one phase of Jubilee development to the total ENI project. Jubilee in fact is a phased development project. The full cycle Jubilee development project cost is not USD4billion as indicated in the statement. It is rather expected to be around USD8billion whereas the ENI full cycle development cost is estimated at USD7.9billion. As already stated we are already seeing significant reductions in the cost of the ENI project which will have a positive impact on the final gas price.